But it's unknown whether or when trade conflicts will prompt BMW to change its plans for Spartanburg, a plant that exports two-thirds of the vehicles it produces. 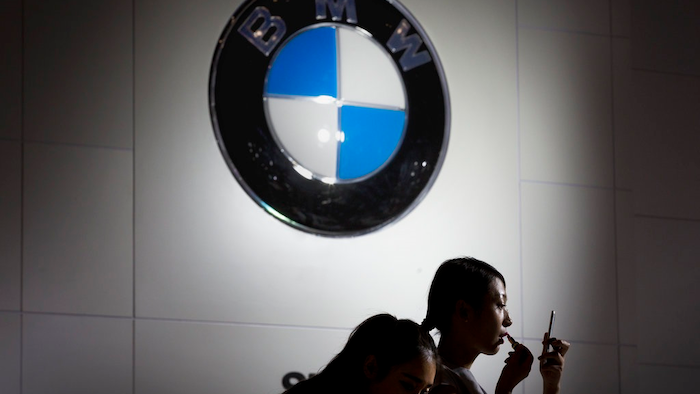 In this file photo dated Friday, Sept. 25, 2015, Models prepare to work at the BMW booth during the Imported Auto Expo in Beijing, China. Automaker BMW said Monday July 9, 2018, it will have to raise prices on the U.S.-built SUVs it sells in China due to 40 percent import tax on cars from the United States, in retaliation for higher tariffs on Chinese goods imposed by President Donald Trump.
AP Photo/Andy Wong, FILE

SPARTANBURG, S.C. (AP) — BMW says it is sticking with plans to add 1,000 workers in South Carolina, even though the company will start production of a new vehicle in China.

Spokesman Ken Sparks told the Herald-Journal of Spartanburg that BMW's new electric iX3 SUV will be produced only in China, and that effort won't affect production of the new X7 model in South Carolina.

"It is not true in any way, shape or form that BMW is moving production from Spartanburg to China," Sparks said.

The South Carolina plant exports more than two thirds of the 400,000 vehicles it has produced annually, mostly to China, followed by Germany, home of the automaker.

BMW recently wrote U.S. Commerce Secretary Wilbur Ross saying the tariffs would raise the cost of doing business in the United States and could risk cutting production and jobs at the Spartanburg plant. The company said the tariffs could jeopardize 45,000 jobs in South Carolina, 10,000 currently at the Spartanburg plant and 35,000 at BMW suppliers.

It's unknown whether or when higher prices overseas will depress demand enough to prompt BMW to change its plans for Spartanburg.

Sparks said BMW has not changed plans to expand in Spartanburg and start production of the new X7 model later this year. The company plans to spend $600 million and add 1,000 jobs by 2021. BMW says the hiring would bring Spartanburg employment to about 11,000 jobs.

"BMW is soundly and firmly committed to South Carolina and that hasn't changed," Sparks said.

But other businesses whose bottom lines depend on the Spartanburg plant are demanding more certainty.

Frank Knapp, president and CEO of the S.C. Small Business Chamber of Commerce, said BMW needs to provide more details to its suppliers, so that they can adjust production and employment levels.

"What is the timeline for expanding production in China?" Knapp asked. "Are they guaranteeing that production in Spartanburg will not be cut in 12 months, 24 months? Don't local small business suppliers deserve to have advance warning now of eventual production cuts so that they can plan for the future?"

BMW has invested nearly $9 billion since it opened the plant in Spartanburg county in 1994 and has produced more than 4 million vehicles. The facility now produces X3, X4, X5 and X6 models, and the BMW X7 goes into production later this year.