General Electric said it would focus on aviation, power, and renewable energy, dropping health care entirely from its plans. 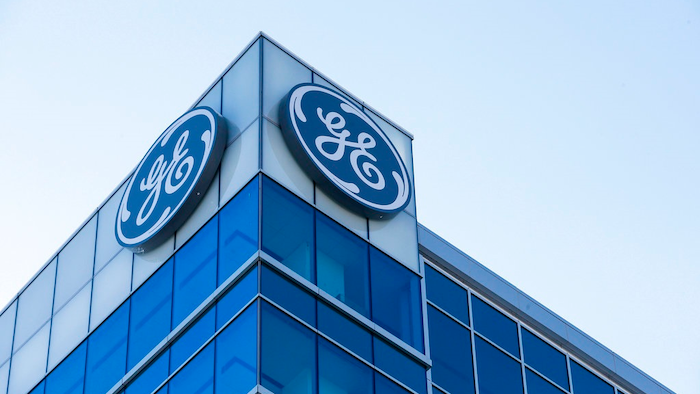 In this Jan. 16, 2018, file photo, the General Electric logo is displayed at the top of their Global Operations Center in the Banks development of downtown Cincinnati. A year after taking over an ailing American conglomerate, CEO John Flannery is calving off larger chunks of General Electric, spinning off its health care business and selling its stake in the oil services company, Baker Hughes.
AP Photo/John Minchillo, File

NEW YORK (AP) — General Electric shed more of its major assets, announcing plans to cast away its health care business and sell its interests in the oil-services company, Baker Hughes.

The company's latest round of winnowing arrived Tuesday, the first time since 1907 that General Electric Co. will not be a member of the exclusive Dow Jones industrial average at the opening bell.

The company says it's reducing its debt by $25 billion and removing additional risk as it reimagines itself as something very different from the multinational conglomerate it was before the Great Recession.

Given the steady drumbeat of asset sales (GE said Monday that it would sell its distributed power unit to Advent International for $3.25 billion), it is easy to lose sight of how radically the company has changed in less than a decade. On the cusp of the recession, GE was one of the nation's biggest lenders, its appliances were sold by the millions to homeowners around the world and it oversaw a multinational media conglomerate.

On Tuesday, General Electric said it would focus on aviation, power, and renewable energy, dropping health care entirely from its plans.

"Today marks an important milestone in GE's history," Flannery said in prepared remarks. "We are aggressively driving forward as an aviation, power and renewable energy company_three highly complementary businesses poised for future growth. We will continue to improve our operations and balance sheet as we make GE simpler and stronger."

GE will sell approximately 20 percent of the health care business straight away and distribute the rest to its shareholders over the next 12 to 18 months as sheds those assets. It will take two to three years to sell its two-thirds stake in Baker Hughes, valued at around $23 billion.

Flannery, upon taking over the company just over a year ago, vowed to divest $20 billion in assets. On Tuesday, GE said that those asset sales are essentially complete.

On Tuesday, the drugstore chain Walgreens Boots Alliance will replace General electric on the 30-company blue chip index. It was an original member of the Dow Jones industrials dating back to 1896.

But its shares have been cut in half over the past year, drastically reducing the market capitalization of General Electric.

Is There Light At the End of GE's Tunnel?