They say the offers for their properties are too low. 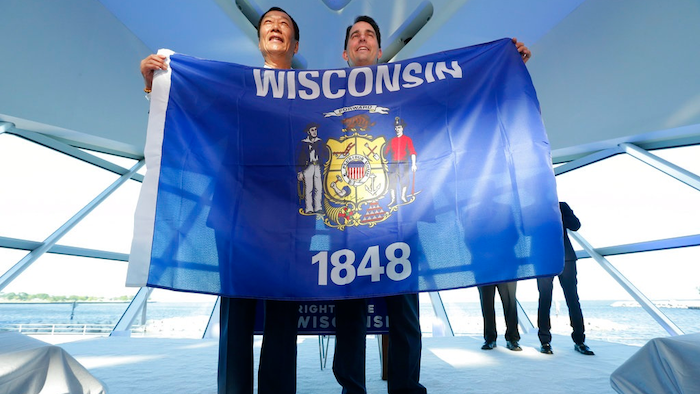 A dozen property owners filed a federal lawsuit in January alleging the village of Mount Pleasant's use of eminent domain is unconstitutional because it is for private rather than public benefit. They say the offers for their properties are too low.

The village is acquiring 18 acres (7 hectares) from landowners for the Foxconn complex.

The lawsuit alleged the village was planning on to label some properties as blighted, which the property owners said would violate their Fifth Amendment rights.

Judge Lynn Adelman of the U.S. Eastern District of Wisconsin dismissed the suit this month, calling it "not cognizable."

"That defendants offered to pay some property owners substantially more than others to acquire their properties is hardly 'oppressive' in any actionable sense," Adelman wrote. "The facts alleged in the operative complaint do not come close to allowing me to infer that defendants violated it."

The legal appeal won't stop the project, said Alan Marcuvitz, an attorney for the village.

"We do not believe there is any merit to this lawsuit, which was confirmed in the decision by the U.S. District Court, granting the village's motion to dismiss the case," Marcuvitz said in a statement. "We are confident that the Appeals Court will reach the same conclusion."