That's at a slightly quicker pace than the second quarter's 2.7% growth. 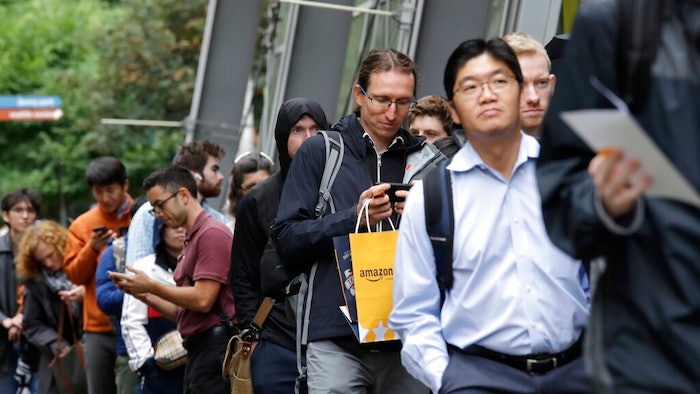 WASHINGTON (AP) — Annual wages and benefits for U.S. workers continued to rise at a modest pace in the third quarter, even as unemployment stays near a half-century low.

The Labor Department said Thursday that growth in pay and benefits for all U.S. workers rose 2.8% in the July-September quarter, compared to the same period in 2018. That's at a slightly quicker pace than the second quarter's 2.7% growth.

The report was reflective of the hesitance of employers to step up wages, even in a strong job market. September saw the unemployment rate sink to 3.5% , the lowest in 50 years, but a drop-off in the pace of hiring compared to last year pointed to rising uncertainties in the face of tepid global growth and numerous trade conflicts. The government reported Wednesday that the overall economy slowed to an annual gain of 1.9% in the summer, as business investment weakened.

Compensation ticked up to a seasonally-adjusted rate of 0.7%, from the three-month gain of 0.6% for the second quarter.

Wages and salaries, which make up the bulk of employment costs, rose 0.9% while benefits, covering items such as health insurance and pensions, rose 0.5%.