The FDA has questioned the design and marketing of the company's small, sleek vaping devices. 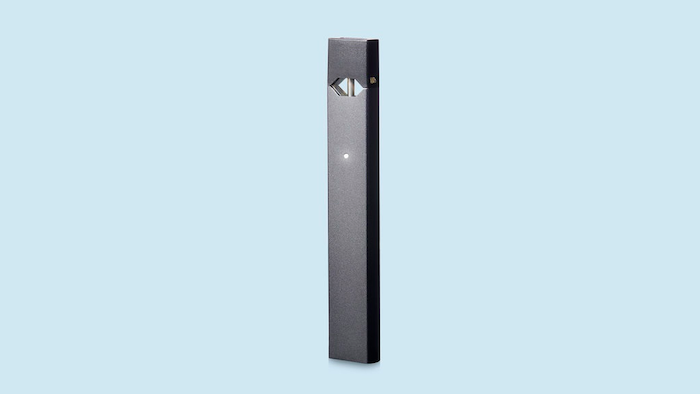 This image provided by Juul Labs on Tuesday, April 24, 2018 shows the company's e-cigarette device. On Tuesday, federal health officials announced a nationwide crackdown on underage use of a popular e-cigarette brand following months of complaints from parents, politicians and school administrators. Juul Labs says it monitors retailers to ensure they are following the law, and its age verification system searches public records and sometimes requires customers to upload a photo ID.
Courtesy of Juul Labs via AP

WASHINGTON (AP) — The maker of a much-debated e-cigarette popular with teenagers says it will spend $30 million in an effort to keep its products out of the hands of children.

The announcement from Juul (JOO'-uhl) Labs comes one day after the Food and Drug Administration questioned the design and marketing of the company's small, sleek vaping devices.

The San Francisco company said the initial investment will fund research on vaping and the formation of an expert panel to combat underage use of Juul. That group will be led by Iowa Attorney General Tom Miller.

The company says it will also support state and federal legislation to raise the minimum age for vaping products to 21. Federal law sets the age at 18, though some states have higher requirements.