The Sierra Club called it a "paltry sum" and said it won't be a deterrent for Duke Energy. 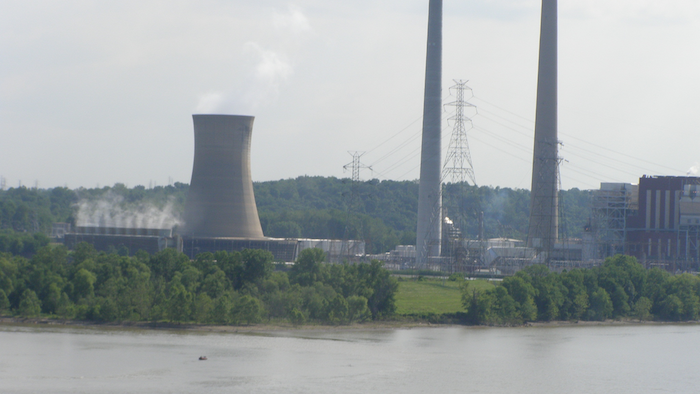 RALEIGH, N.C. (AP) — Duke Energy Corp. will pay a $156,000 penalty for polluting ground and surface waters with potentially toxic coal-ash waste around three power plants, an amount one critic compared Friday to a couple of days salary for the company's CEO.

The penalty is less than a slap on the wrist for the country's No. 2 electricity company, which generated $23 billion in revenue and reported paying CEO Lynn Good $21.4 million last year, the Sierra Club's David Rogers said.

"I think it's a paltry sum. It's not going to be any sort of deterrent for Duke Energy," said Rogers, who heads the environmental group's efforts to eliminate coal-burning power plants in North Carolina.

Coal ash is the residue left after decades of burning coal to generate power. It can contain toxic materials such as arsenic and chromium.

A spokeswoman for the state Department of Environmental Quality would not explain whether officials were restricted from imposing a larger penalty, but Megan Thorpe said the amount was much larger than is typical and more than the $84,000 Duke Energy agreed to pay in January.

Former Gov. Pat McCrory's administration said in 2015 it was hindered by a pre-existing environmental agency policy from imposing a $25 million fine on Duke Energy for leaks from the ash pits at a power plant near Wilmington. The company agreed to a $7 million fine that was expanded to include violations for contaminated groundwater near all of the company's pits statewide.

Duke Energy spokeswoman Paige Sheehan said the deal paves the way for the state to issue permits needed for work toward closing the sites.

"Assigning costs are typical in agreements like this and we agree to pay them in order to move forward with safely and permanently closing coal ash basins," Sheehan wrote in an email.

Industries are allowed to pollute waterways within limits outlined in state permits that specify the type and quantity of chemicals released.

Duke Energy was penalized for two dozen spots detected along unlined coal ash pits at the Rogers, Allen and Marshall power plants that leaked liquids into the adjoining Catawba and Broad rivers in violation of pollution laws.

The agreement also commits the company to draw water off the surface of the unlined, open air basins at the three plants by 2019 in hopes of reducing or eliminating the leaks.

Similar deals are in the works for leaking basins at the eight power plant sites not yet addressed, a state environmental spokesman said in January. Thorpe said Friday the eight additional plants still need to be inspected and additional penalties will be assessed against Duke Energy if leaks are found there.

In March 2016, North Carolina environmental regulators issued violation notices for 12 of the company's 14 current or former coal-burning power plants because tainted water from the pits had polluted nearby waterways.

The Allen coal plant's coal-fired generators are scheduled to be phased out over the next decade, but the company has no plans to retire the Marshall and Rogers plants. Coal residues will be transported and stored in dry condition, eliminating the former use of storage basins, the company said.

Water Near Duke's Dumps Not Safe to Drink