It may be the biggest employment crackdown under President Donald Trump's administration.

Eleven people were arrested on criminal charges and 86 were detained for being in the country illegally, U.S. Immigration and Customs Enforcement spokeswoman Tammy Spicer said in a statement Friday.

"This is part of the stepped-up Trump mass deportation enforcement agenda for sure," Hahn said.

The current administration has promised to crack down on employers who hire immigrants living in the country illegally, and several raids have taken place across the country. A total of 21 people were arrested after immigration agents raided 7-11 stores nationwide in January.

A Tennessee activist said the processing plant raid is another example of the emphasis on enforcement.

"What we saw here, while it is the largest and certainly credibly egregious raid, it does fit in the larger practice and patterns of the Trump administration of targeting workers, indiscriminately arresting immigrants and really terrorizing communities across the country," said Stephanie Teatro, co-executive director of the Tennessee Immigrant and Refugee Rights Coalition.

Spicer declined to confirm whether it is largest workplace raid under the current president.

Officials with ICE, Homeland Security, the IRS Criminal Investigation Division and the Tennessee Highway Patrol executed a federal search warrant on the meat processing plant Thursday morning, Spicer said. During the search, Homeland Security officials encountered 97 people who are subject to removal from the U.S., she said. Ten workers were arrested on federal criminal charges, and another was arrested on a state charge. Of the 86 people arrested and placed in deportation proceedings, ICE kept 54 in detention and released 32 from custody, Spicer said.

An affidavit filed with the search warrant and signed by a special agent with the IRS says the government has probable cause to believe that the company and its owners have committed tax evasion and are employing immigrants in the country illegally. An undercover police officer was hired at the company using a false name and he was paid in cash, the affidavit filed by IRS Special Agent Nicholas Worsham said.

Court records say James Brantley is the president of the business and his wife, Pamela, is listed as an employee. Public records do not list their phone number. The Associated Press left phone and email messages with company but they were not returned.

Several children had both parents placed in detention and many did not show up for school Friday because of fear in the immigrant community, Teatro said.

Many of the people employed at the plant had worked there for years and are long-standing members of this rural community, she said.

Rights activists have mobilized to help with donations and legal assistance and people have rallied to help the workers and their families, Teatro said.

"That's because in the face of the threats of the Trump administration, communities have been organizing and coming together to defend their rights and we're not going to stop organizing, and the community isn't going to stop standing with these families until they're returned home." 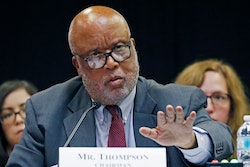 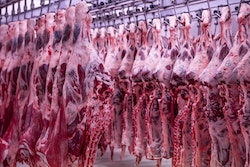 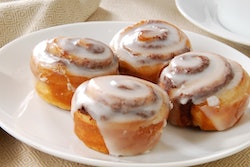