Judge: Less Mining Must Be Considered in Top Coal Region

He said planning officials must consider reducing coal mining as a way to fight climate change. 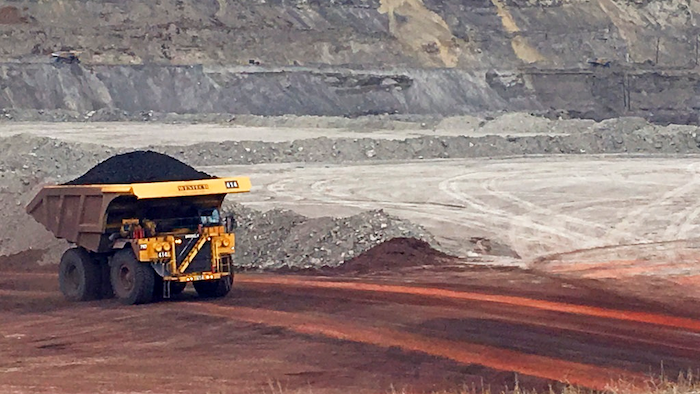 CHEYENNE, Wyo. (AP) — U.S. government officials who engage in regional planning for an area of Wyoming and Montana that supplies 40 percent of the nation's coal must consider reducing coal mining as a way to fight climate change, a judge has ruled.

Friday's ruling by U.S. District Judge Brian Morris in Great Falls, Montana, applies to the Powder River Basin, where house-sized dump trucks haul loads mined around the clock from open-pit coal mines. Some of the mines measure more than a mile wide.

Morris rejected U.S. Bureau of Land Management officials' argument that climate change could be addressed when they consider whether to allow individual mine expansions.

Morris ordered the government and environmental groups to work together on additional planning for the top U.S. coal producing region. He declined environmentalists' request to halt mining.

"For decades, the federal government has kept their head in the sand over the climate impacts of fossil fuel extraction on public land," Mike Scott with the one of the six plaintiffs, the Sierra Club, said in a release. "This ruling is the latest example of courts forcing the federal government to be honest with the American public about how coal, oil and gas leasing is contributing to the growing impacts of climate change."

Coal mined from Powder River Basin mines and burned in power plants is responsible for 13 percent of all U.S. greenhouse gas emissions, according to the Natural Resources Defense Council.

In September, a ruling by the U.S. 10th Circuit Court of Appeals in Denver cast doubt on a longstanding U.S. government argument that blocking leasing of federal coal reserves wouldn't affect climate change because the coal could simply be mined elsewhere.

Morris sided with the Bureau of Land Management on another climate-change issue: Methane emissions from the oil and gas wells. Environmentalists argued unsuccessfully that BLM planning in Wyoming and Montana should have done more to reduce or offset that pollution.

The agency is reviewing the ruling to determine what it will do next, spokesman Brad Purdy said Monday.

"We certainly have concerns and we are reviewing the decision and its implications," Travis Deti with the Wyoming Mining Association said by email.

The planning occurred as BLM officials in Miles City and Buffalo, Montana, updated their regional resource management plans for the first time in decades. In each case, they considered several alternatives for future coal mining in the Powder River Basin.

In each alternative, BLM officials assumed they would allow identical amounts of land, volume of coal reserves leased and coal production. Morris ruled that not considering alternatives that would result in less mining violated the National Environmental Policy Act.

EPA Head: 'Regulatory Assault' is Over