U.S. Auto Sales Show Signs of Flattening Out After Long Run Up

Sales of cars, trucks and SUVs fell 6 percent last month, to 1.54 million, according to AutoData Corp. It was the biggest monthly drop in nearly six years. 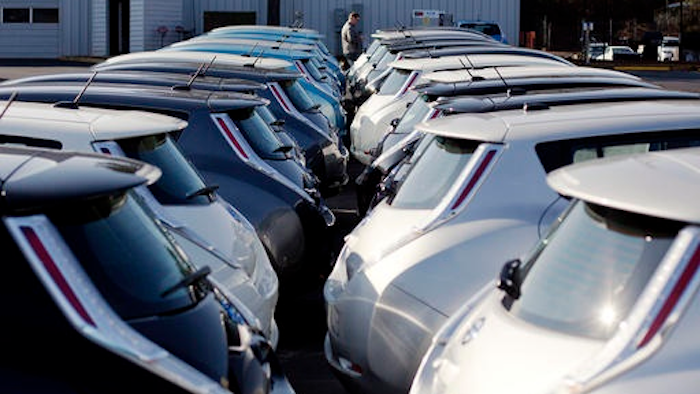 Sales of cars, trucks and SUVs fell 6 percent last month, to 1.54 million, according to AutoData Corp. It was the biggest monthly drop in nearly six years. The decline was unusual for May, a month when Americans typically buy cars ahead of summer road trips.

The declines could be a sign that U.S. auto sales are finally reaching a plateau after six straight years of growth — a streak not seen since the 1920s. Sales rose 6 percent between 2014 and 2015 but are only up 1.2 percent so far this year.

The May results were enough for LMC Automotive, a forecasting firm, to lower its full-year sales prediction to 17.7 million, down from its previous target of 17.8 million.

Other analysts were quick to point out that even if sales have hit a plateau, they can still break last year's record of 17.5 million.

"The sky is not falling," said Michelle Krebs, a senior analyst with Autotrader.com.

Flattening sales could be good for consumers, at least in the short term. Automakers are offering more discounts in order to keep sales growing. Car-buying site TrueCar.com estimated that incentive spending rose 7 percent in May to average of $3,034 per vehicle.

But those discounts can hurt resale values and automakers' profits, so companies have to be careful as they deal with a dip in demand.

Shares of both GM and Ford fell around 3 percent Wednesday, reflecting investors' fears that the companies can no longer count on easy U.S. sales increases. GM's shares closed at $30.22 while Ford ended the day at $13.11.

This May also had one less weekend than last May, which could account for some of the decline. Ford said sales were strong over Memorial Day weekend.

Subaru's sales also rose 1 percent to 50,083. Sales of its best-seller, the Forester SUV, were up 1 percent.