About 200 firefighters from 14 fire companies battled the flames at the fire's peak. 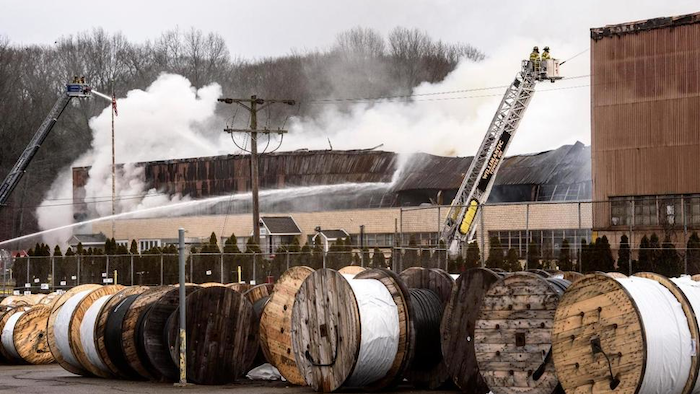 WILLIMANTIC, Conn. (AP) — A day after a massive fire broke out at a Connecticut waste and recycling plant, the blaze has been declared under control.

Windham Fire Chief Marc Scrivner says the fire that destroyed a 100,000 square foot building at the Willimantic Waste Paper Company continued to smolder Monday, but is not expected to grow.

Local public schools and Eastern Connecticut State University were closed on Monday because of the smoke. The fire broke out just after 10 a.m. Sunday with a plume that could be seen on local weather radar.

About 200 firefighters from 14 fire companies battled the flames at the fire's peak.

Nobody was injured. Scriverner says one firefighter and a company employee were treated for exhaustion.

The cause of the fire is being investigated.