There will be no golden parachutes for these executives.

COLUMBIA, S.C. (AP) — There will be no golden parachutes for executives of a South Carolina utility that's struggling after sticking consumers with higher bills for a failed nuclear reactor expansion.

"This decision is in the unique context of the abandonment and the company's responsibilities to our ratepayers and shareholders," SCANA spokesman Eric Boomhower wrote in email Friday. The company thanked the men, who stepped down last month, for their years of service.

SCE&G and its partner, the state-owned utility Santee Cooper, spent some $9 billion before abandoning the project as delays grew and budget estimates more than doubled initial predictions.

SCANA faced an uproar last year after federal filings revealed that executives including Marsh and Byrne were given a total of $3 million in performance-based bonuses, despite the project's failure.

And both men will continue to benefit, even without big severance payouts: Marsh, in his early 60s, will get free health insurance until he turns 65, while Byrne's health insurance will be covered for a year and a half. Both men also have owned company stock, which surged this week after SCANA agreed to be acquired by the Virginia-based energy giant Dominion Energy. SCANA shares had tumbled about 40 percent since the nuclear project was called off. 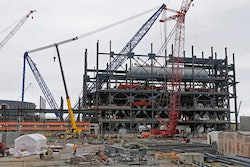 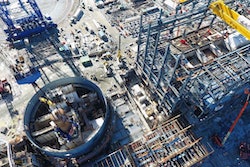 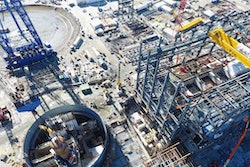