He fought the governor's efforts to fire him for three weeks. 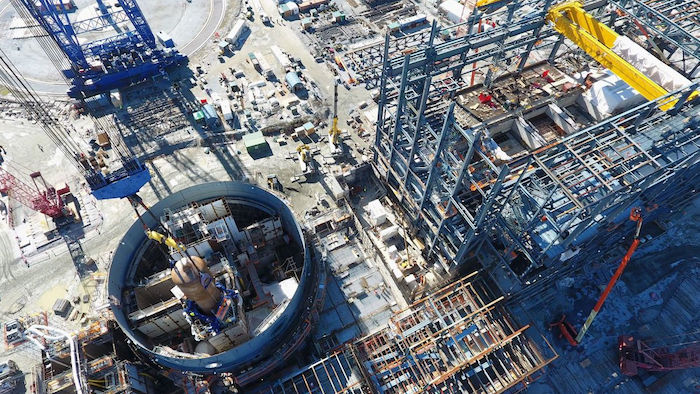 COLUMBIA, S.C. (AP) — The executive who led South Carolina's state-owned utility during a scuttled multibillion-dollar project to build two nuclear reactors is stepping down after fighting the governor's efforts to fire him for three weeks.

Santee Cooper board chairman Leighton Lord sued Gov. Henry McMaster to try to stop his firing and suggested it was politically motivated because Lord supports one of McMaster's rivals in the 2018 gubernatorial primary.

But on Friday, he sent a four-paragraph note to the governor stepping down immediately. Lord wrote he deeply regretted the loss of money and jobs, but the hard decision to end construction had to be made before more money went into the doomed project.

"With a very capable interim CEO in place, a very capable board and a cost cutting budget approved, now is the time for me to end my service to Santee Cooper," Lord wrote.

Santee Cooper partnered with private company SCANA Corp. and they both spent around $9 billion on the failed project to build two nuclear reactors at the V.C. Summer plant. Nearly $2 billion of that was directly charged to ratepayers under a state law that allowed the utilities to collect money for the project before the reactors generated a single watt of power.

Lord said in his resignation letter he was proud Santee Cooper cut its budget to return some money to its customers.

McMaster's office said the governor now wants to concentrate on getting money back to ratepayers. He has been trying to sell the utility and give any proceeds back to customers.

"Without full and immediate disclosure of all the facts, the integrity of the decisions to be made is frustrated and the people suffer. This resignation, which I have accepted, is a positive step forward," McMaster said in a statement.

The governor said on Dec. 8 he planned to fire Lord because he failed to turn over all documents Santee Cooper had about the failed project.

Lord denied the accusations that day and repeated his position is his resignation letter.

"I am confident everyone now understands that at no time did I, the Santee Cooper board, or Santee Cooper staff withhold documents or information from your office. Santee Cooper has nothing to hide," Lord wrote.

McMaster's office said he stands by his Dec. 8 letter.

Lord's letter did not mention his support of Republican businesswoman Catherine Templeton, one of at least three GOP candidates planning to take on McMaster in the 2018 primary in June.