The plant has been suspected of being behind a spike of radioactivity over Europe. 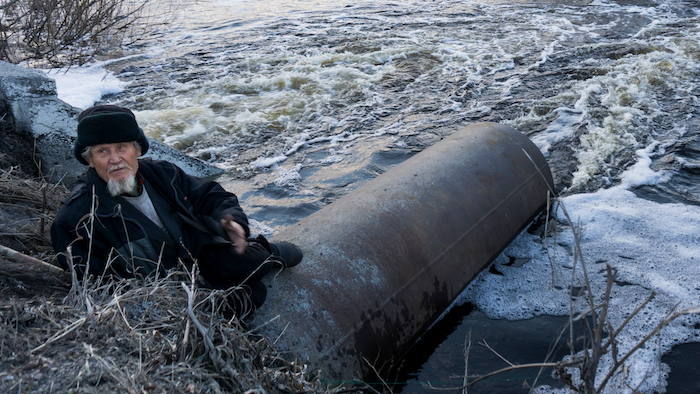 In this file photo taken on Thursday, April 7, 2016, an old man fishes in a lake that connects to the nearby Techa River, near the village of Muslyumovo, Chelyabinsk region, Russia, which is polluted with radioactive waste from the Mayak nuclear plant. Mayak is a nuclear complex that has been responsible for at least two of the country's biggest radioactive accidents. Russian authorities denied Friday that a radioactivity spike in the air over Europe resulted from a nuclear fuel plant leak in the Urals, saying their probe has found no release of radioactivity there.
AP Photo/Katherine Jacobsen, File

MOSCOW (AP) — A senior executive at the Russian nuclear processing plant suspected of being behind a spike of radioactivity over Europe this fall admitted Wednesday that the isotope recorded does emerge as part of the plant's production cycle but said its levels are negligible.

The environmental group Greenpeace alleged that Mayak could have been the source of a Ruthenium-106 leak, but the plant said it has not extracted the isotope or conducted any other operations that may lead to its release "for many years."

But Yuri Mokrov, adviser to Mayak's director general, said in a webcast press conference Wednesday that Ruthenium-106 routinely emerges during the processing of spent nuclear fuel. Mokrov insisted, however, the plant was not the source of any major leak, saying it does not produce the isotope on purpose and that the emissions that the plant makes are so insignificant "we can only see it in the chimney."

A Russian panel of experts dispatched to investigate the leak has failed to identify where the isotope came from, but alleged that it could have come from a satellite that came down from its orbit and disintegrated in the atmosphere. The commission said last week that a thorough inspection of the Mayak plant and its personnel had found no safety breaches.

"There is Ruthenium in spent nuclear fuel, and Mayak during its activities routinely comes across this isotope," Mokrov said, adding that "actual emissions are hundreds times lower the permitted levels."

Mayak, in Russia's Chelyabinsk region, saw one of the world's worst nuclear accidents on Sept. 29, 1957, when a waste tank exploded. That contaminated 23,000 square kilometers (9,200 square miles) of territory and prompted authorities to evacuate 10,000 residents from neighboring regions.