It will provide 200 megawatts of power. 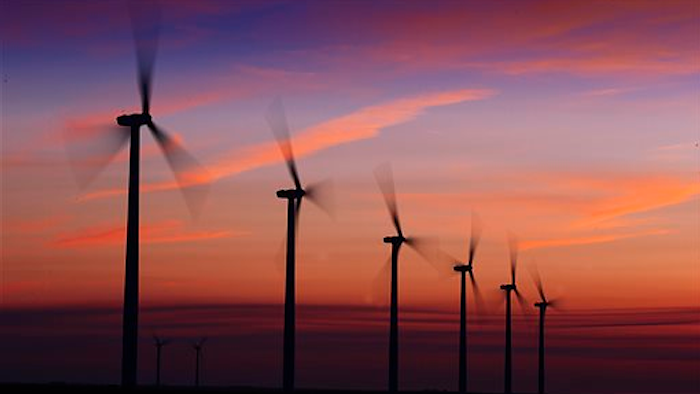 The Rattlesnake Creek Wind Project will be built between the towns of Allen, Emerson and Wakefield, the Sioux City Journal reported . Demand for power from Facebook helped resurrect the project that had been at a standstill since 2013 after its former owners, Trade Winds, couldn't find buyers for the energy the farm.

More than 100 landowners are involved in the project. The wind farm will distribute $80 million in property tax and landowners payments in its first 20 years.

The Andover, Massachusetts-based Enel Green Power North America Inc. is spending $430 million on the project. The farm will cover 32,000 acres and generate up to 320 megawatts of power, making it the second largest wind farm in the state.

The company has begun surveying and pre-construction work on the project, but full construction won't begin until the spring, said Mark McGrail, Enel's associate vice president of energy management. Turbine delivery is expected to begin in June, he said.

The project is expected to employ about 300 people during the construction phase and establish up to 16 full-time jobs.

Facebook's data center, which will be located 100 miles away in Papillion, will receive 200 megawatts from the farm. The rest of the power will be available for other buyers.

McGrail says the project will likely be operational at the end of 2018.

The new version of the project is a partnership between Facebook, Trade Winds, Enel Green Power North America Inc. and the Omaha Public Power District to provide companies access to renewable energy. Enel is a subsidiary of the multinational Enel Group, which is headquartered in Italy.