Illinois sat up and noticed when Apple announced in 2017 that it would build a $1.4 billion data center west of Des Moines, Iowa. 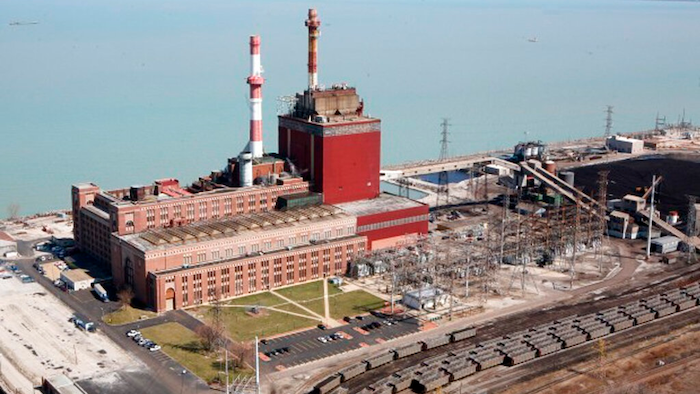 SPRINGFIELD, Ill. (AP) — The digital world's data must be stored somewhere. Lawmakers want to give Illinois an even chance of ensuring it's stored here.

House Republicans pushed the Legislature in its final weeks in May to add a package of business-friendly initiatives to state budget legislation now awaiting action by Democratic Gov. J.B. Pritzker.

Chief among them are tax breaks for data centers, often-monstrous facilities that centralize an organization's information technology operations equipment and store, manage and disseminate data.

A decade ago, just seven states offered data center-development incentives. Today, 30 do, including neighboring Iowa and Indiana, both of which have landed sizable projects in recent years.

"When you talk about cloud computing, this is where a lot of that is. Your Instagram photos, your Word documents, Netflix, Minecraft, it's all stored somewhere in a data center," said Tyler Diers, legislative relations director for the Illinois Chamber of Commerce.

The Illinois Chamber, which pushed an incentives package for five years, last year produced through its nonprofit foundation a study estimating an Apple-sized development 's impact on Illinois. It found $522 million in economic output, amounting to $20 million in state and local tax revenue over the facility's life, with most of that coming in the startup period.

The potential benefit is evident from the participation threshold. Investment over five years must top $250 million, a not-outrageous sum considering that in the data-center world, size yields economies of scale and efficiencies in terms of security, climate-control and electrical systems, said Jon Lin, president of the Americas for Equinix, a global data center and business-to-customer connection firm operating five Chicago-area data centers housing 770 clients.

"It's a runway into the future," Lin said of the Illinois plan. "We spend close to $2 billion a year on new data center construction, so having that incentive package and giving us certainty around that certainly makes it more attractive for us to continue to develop more aggressively."

Recipients can receive a 20-year sales tax exemption for the large amount of equipment, from computer servers to climate-control materials, they install. And building in an underserved or impoverished area brings a 20% income tax credit.

"This is not an exemption that is going to apply to someone who puts in a couple of servers," said Deputy House Republican Leader Tom Demmer of Dixon, who got involved after land-rich DeKalb County in his district was passed over by a data center developer. "What we're trading off in potential sales tax revenue we're making up with a construction project of that size."

Fortress-like security and the need to monitor and maintain sensitive equipment provides for ongoing economic benefit, said Lin, who noted an additional plus: Better internet coverage from concentrated carriers and cloud- and content providers.

The plan is part of legislation that would expand casino and other forms of gambling in the state to pay for parts of a massive state construction program which Pritzker favors. He'll likely sign it into law before the July 1 start of the state fiscal year.

Data centers are no stranger to Illinois. With a bounty of Chicago-based Fortune 500 companies, data centers such as those Equinix operate have sprouted in recent years. Some have utilized abandoned office or warehouse space, such as Digital Realty's use of the former Motorola headquarters property in Franklin Park, which had sat vacant for 20 years. Such "co-location" and other existing centers, typically leasing space to several tenants, would also benefit from the incentives if they meet the investment floor.

Absent from the plan are utility tax breaks, which other states offer energy-gobbling data centers. Diers said it was sacrificed to entice lawmakers who found the original proposal too generous.

Lin, for one, said Equinix is untroubled and called Illinois utilities "great partners."

Rep. Charles Meier, an Okawville Republican who also saw a data center opportunity slip away from Highland, noted that the city 30 miles (48 kilometers) east of St. Louis operates its own electric utility and could negotiate power costs with a would-be developer.

"We're willing to look at all options to make this happen," Meier said. "They weren't going to come at all before, now we have the opportunity."