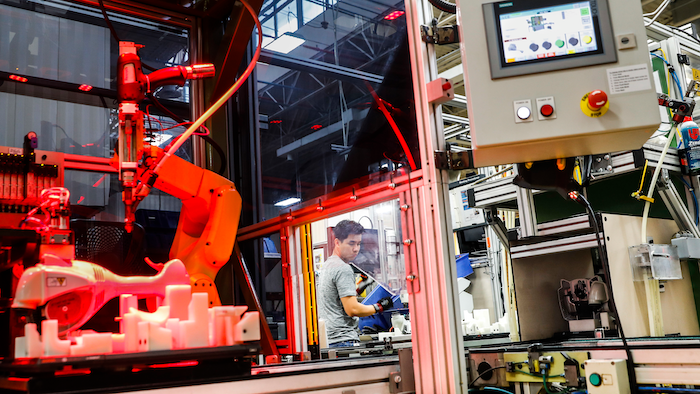 WASHINGTON (AP) — U.S. businesses added a solid 235,000 jobs in October, according to a private survey, partly reflecting a rebound from the previous month when hiring was held back by several hurricanes.

Payroll processor ADP said Wednesday that last month's gain was the largest in seven months. Hiring fell to just 110,000 in September, the lowest in nearly a year.

October's rebound was driven by construction firms, which reported a huge gain of 62,000 jobs, the most in 11 years. That's a sign that rebuilding efforts after Hurricanes Harvey, Irma and Maria are already under way.

The government's jobs report for September showed that damage from the hurricanes caused a loss of 33,000 jobs that month, the first drop in seven years. The ADP report doesn't include government payrolls and often diverges from the official figures.

Economists forecast that the Labor Department's report for October, to be released Friday, will show a much bigger gain of 308,000 jobs.

Mark Zandi, chief economist at Moody's Analytics, which compiles the ADP report, said the gap between the ADP and government figures reflects the way the two numbers are calculated. If a business was closed during the hurricanes and employees weren't paid, that would be counted as a job loss in the government data.

But if they remain on the company's payroll and can return to their jobs after the storms, they are likely to be counted as employed in the ADP figures. As a result, the ADP data is less affected by the storms than the government figures, Zandi said.

Aside from the impacts of the hurricanes, "the job market is still very healthy," he added. Zandi expects the government's report on Friday will show a gain of roughly 300,000 jobs.