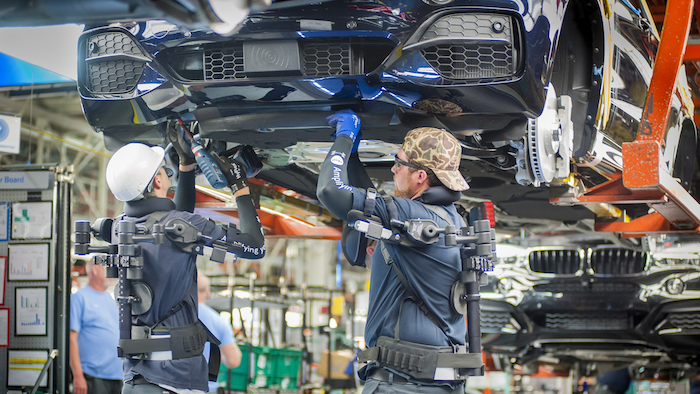 WASHINGTON (AP) — U.S. businesses added a healthy 237,000 jobs in August with broad gains across several industries including construction, manufacturing and leisure and hospitality, according to a private survey.

Payroll processor ADP said Wednesday that the hiring was spread among large companies with more than 1,000 employees and medium and small firms with fewer than 500 workers. Manufacturers added 16,000 jobs and builders hired 18,000. The leisure and hospitality sector — which includes restaurants — added 51,000 workers. Health care and social assistance accounted for a gain of 42,000 jobs.

The hiring suggests that employers see economic growth as steady, so they're bolstering their staffs. For the moment, the U.S. economy is free of many of the constraints that slowed growth during the previous eight years of the recovery from the Great Recession. Credit is less constrained so more people can borrow for a home and businesses can invest. Global growth is decent. Energy prices are stable despite the aftermath of Hurricane Harvey.

The U.S. economy expanded at an annual rate of 3 percent in the April-June quarter, the strongest pace in more than two years, the Commerce Department said Wednesday.

"There are no significant headwinds now to U.S. economic growth," said Mark Zandi, the chief economist at Moody's Analytics who prepared the ADP report.

Analysts predict the government's jobs report, to be released Friday, will show a decent 180,000 jobs were added, according to data provider FactSet. The unemployment rate is expected to hold at 4.3 percent.