It's the lowest level since Richard Nixon was president. 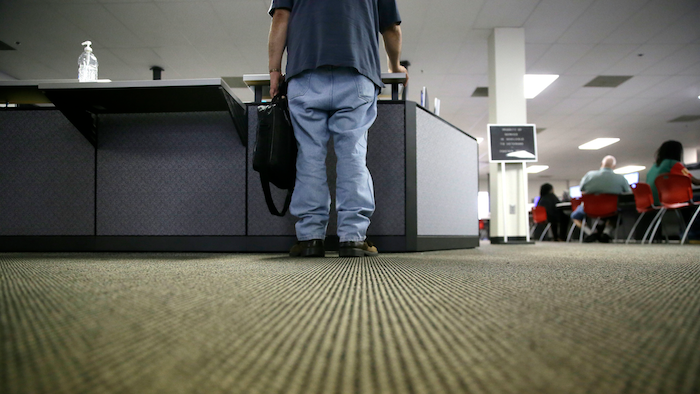 In this Friday, March 10, 2017, file photo, a lone job seeker checks in at the front desk of the Texas Workforce Solutions office in Dallas. On Thursday, Oct. 19, 2017, the Labor Department reports on the number of people who applied for unemployment benefits a week earlier.
AP Photo/LM Otero, File

The overall number of Americans collecting unemployment checks dropped to 1.89 million, lowest since December 1973 and down nearly 9 percent from a year ago.

Unemployment claims are a proxy for layoffs. The low level suggests that employers are confident enough in the economy to hold onto workers.

The unemployment rate last month hit a 16-year low 4.2 percent. Employers cut 33,000 jobs in September — the first monthly drop in nearly seven years — but only because Hurricanes Harvey and Irma rattled the economies of Texas and Florida; hiring is expected to bounce back.

The economic impact of Harvey and Irma is fading; claims dropped in Texas and Florida as more people returned to work. But the Labor Department said that Hurricanes Irma and Maria have disrupted the ability of people to file claims in Puerto Rico and the Virgin Islands.