Auto supplier will get a $5,000 incentive for hiring residents. 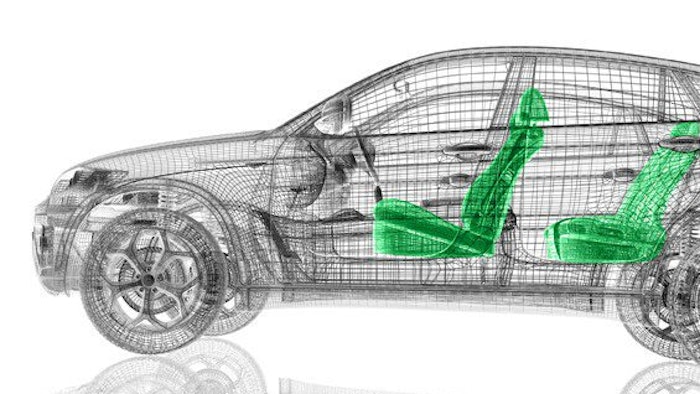 LANSING, Mich. (AP) — Michigan's economic development board on Tuesday approved state incentives designed to snag least 1,500 new jobs, including more than 400 to be created by an auto supplier that wants to build a seating assembly plant in the embattled city of Flint.

Southfield-based Lear Corp., which makes automotive seating and electrical systems, will qualify for a grant worth up to $4.35 million if it adds 435 jobs by mid-2020 at the new $29.3 million facility to be constructed on the site of General Motors' largely abandoned former Buick City complex.

Impoverished Flint is still recovering from a man-made crisis in which the water supply was tainted with lead. Lear will get a $10,000 incentive for each job that goes to a city resident and $5,000 for each non-resident hired.

Lear chose Michigan over Mexico for the project, which will provided seats for a full-size truck program, according to a memo prepared for the Michigan Strategic Fund Board. Flint is providing a 50 percent property tax abatement.

Construction is expected to begin this fall, with operations starting next spring — which would mark the return of auto-related manufacturing to sprawling Buick City for the first time since 1999. Its closure was the end of an era for a place that had defined the city's identity for nearly a century.

"We are happy to welcome another new company to Flint, and look forward to the boost it will give our local economy. It's been a long time coming," said Mayor Karen Weaver, whom Gov. Rick Snyder appointed to the Michigan Economic Development Corp.'s executive committee in the wake of the water catastrophe for which his administration has largely been blamed. Snyder made a rare visit to the Strategic Fund meeting on Tuesday to discuss the Flint project.

One is a $2.5 million grant to secure Reading, Pennsylvania-based Penske Logistics LLC's planned addition of 403 jobs by October 2021 at a new Midwest distribution warehouse in Romulus that could cost up to $98.6 million. The Michigan Economic Development Corp. said the incentive was needed because competitor Indiana's corporate income tax is set to decline.

The other project is a $2.9 million grant for LG Electronics USA Inc. to spend up to $25 million and create 292 jobs in Hazel Park and Troy by the end of 2021. LG plans to open a renewable battery plant and to expand its engineering and design facility.

The new Hazel Park factory will produce components for electric vehicles beginning next year. The company had considered locations in Ohio, Indiana and China, according to state memo.

The state on Tuesday also approved community revitalization projects in Lansing and Tecumseh, along with a $300,000 grant to boost a literacy center in Flint. It will house a computer lab and coaches tasked with increasing adult literacy rates and job readiness.