It can soak up oil floating on water and lurking below the surface. 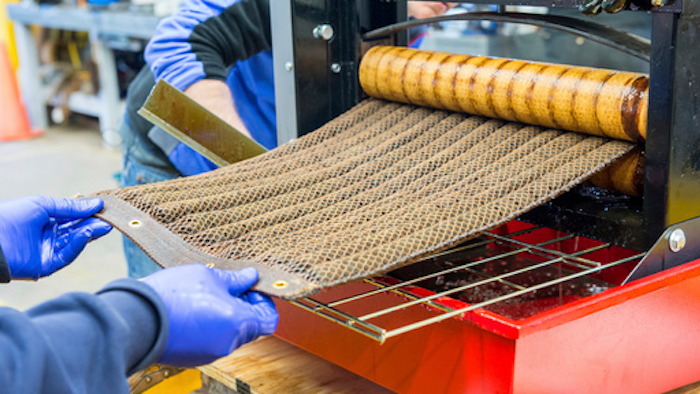 NEW YORK (AP) — Federal researchers have created a new tool to clean up oil spills by tinkering with the kind of foam found in seat cushions.

The modified foam can soak up oil floating on water and lurking below the surface, and then can be repeatedly wrung out and reused, the researchers say.

It "just bounces back like a kitchen sponge," said co-inventor Seth Darling, a scientist at the Argonne National Laboratory near Chicago.

Other oil spill sponges are already on the market, and modifying polyurethane foam for this purpose is not a new idea. But the Argonne researchers used a new procedure to coat the foam with a material that attracts oil but not water.

Darling and colleagues recently published a preliminary description of the foam's performance in a laboratory. Experts who examined that paper said it's hard to tell how well it would work in real-world settings, but that it appears suitable for making it in large quantities.

Argonne is looking for a commercial partner to develop what it calls the "Oleo Sponge."