Killed Reactors Could Impact Nuclear Project in Nearby State

The failure in South Carolina to make new nuclear work could make it harder for Virginia's Dominion Energy to move forward with a new reactor it has already spent millions on. 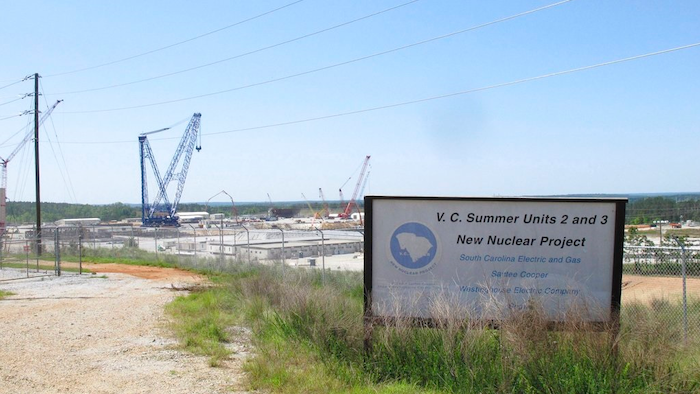 RICHMOND, Va. (AP) — A multibillion-dollar mess over partially-built nuclear plants in South Carolina could impact whether Virginia goes forward with a pricy new reactor of its own.

Two South Carolina energy companies recently decided to abandon construction of two unfinished nuclear reactors over delays and their high costs, a move that leaves ratepayers there on the hook for billions of dollars with nothing to show for it.

The failure in South Carolina to make new nuclear work could make it harder for Virginia's largest electric utility, Dominion Energy, to move forward with a new reactor it has been considering for years and already spent millions on. The proposed plant, known as North Anna 3, has a sky-high price tag — one state regulator last year calculated it to be about $25 billion — and would significantly increase customer's electric bills. But Dominion has argued it's an option worth considering, as nuclear energy provides reliable, carbon-free energy.

Sen. Frank Wagner, a leader in energy issues in the state Senate and strong supporter of Dominion, told company officials at a committee hearing Wednesday that South Carolina's woes concerned him about the viability of North Anna 3.

"My comfort level is not what it used to be," Wagner said.

Dominion has not committed to construct the new plant. It has spent more than $600 million preparing for a potential build and received a federal operating license earlier this year, but Dominion says it needs more certainty in carbon regulations and its effect on energy prices to make a decision.

North Anna 3 has plenty of opponents, with one consumer group calling it one of the biggest potential ratepayer rip-offs in the history of electricity production.

But Virginia's elected officials have generally been supportive. State law gives utilities a higher rate of return for building nuclear plants than other types of power plants and lawmakers passed a law in 2014 that allowed Dominion to write off about $300 million in North Anna 3-related costs, a move that helped the company avoid having to give bigger refunds to its customers.

Wagner said he wants Dominion to have a diversified fuel source, but he's not sure whether it makes sense to keep North Anna 3 on the table.

"Up until a few weeks ago, I felt like we were on the right track. Now that I've learned about South Carolina, I've got to get in and learn more," he said.