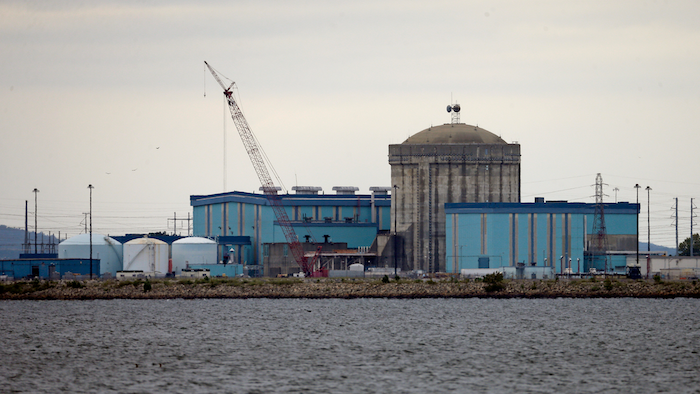 This Sept. 21, 2016 file photo shows Unit one of the V.C. Summer Nuclear Station near Jenkinsville, S.C. Federal authorities say a fourth executive has been charged for his role in a failed multibillion-dollar project to build two nuclear reactors at the V.C. Summer site in South Carolina.
AP Photo/Chuck Burton, File

COLUMBIA, S.C. (AP) — A business executive charged in the aftermath of a failed multibillion-dollar project to build two nuclear reactors in South Carolina pleaded not guilty in federal court Tuesday.

Benjamin now faces 16 felony charges, including multiple counts of fraud, according to an indictment.

His lawyer, William Sullivan, told The State newspaper that federal prosecutors “have brought baseless charges against Mr. Benjamin, relying on a witness who has already admitted under oath to falsely accusing Mr. Benjamin.”

“This case is an abuse of the grand jury process, and it will fail," Sullivan said before the court hearing.

Benjamin, who supervised all nuclear projects for Westinghouse, received information throughout 2016 and 2017 that the two V.C. Summer reactors were behind schedule and over budget, prosecutors said.

But he repeatedly told SCANA and Santee Cooper that the project was on schedule, hiding the construction’s true timeline from the utility companies, the indictment alleges.

He was fired from Westinghouse in March 2017, shortly before the company filed for bankruptcy.

The collapse of the V.C. Summer project spawned multiple lawsuits, some by ratepayers who said company executives knew the project was doomed and misled consumers and regulators as they petitioned for a series of rate hikes. The failure cost ratepayers and investors billions and left nearly 6,000 people jobless.

Three top-level executives have already pleaded guilty in the multiyear federal fraud investigation. On Monday, federal prosecutors announced that Westinghouse will pay $20 million as part of a cooperation agreement.

Benjamin was released Tuesday on a $25,000 personal recognizance bond, the newspaper reported.