The indictment describes a yearslong scheme to reward then-UAW vice president General Holiefield and other union managers with more than a million dollars in gifts. 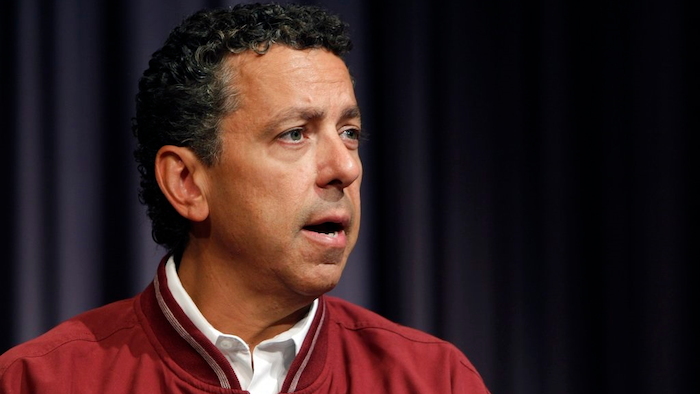 The indictment describes a yearslong scheme to reward Holiefield and Morgan with travel, designer clothing and jewelry. A $262,000 mortgage on their home in suburban Detroit was paid off, according to the grand jury.

The "indictment exposes a disturbing criminal collaboration that was ongoing for years between high ranking officials of FCA and the UAW," said David Gelios, head of the FBI in Detroit. FCA is Fiat Chrysler Automobiles.

In June 2015, Iacobelli suddenly retired from Fiat Chrysler with little explanation. He was the company's North American labor relations chief and head of Mexico human resources. Holiefield was responsible for negotiating with Fiat Chrysler on behalf of the United Auto Workers.

The allegations call "into question the integrity of contracts negotiated during the course of this criminal conspiracy," Gelios said.

Morgan's lawyer, Steve Fishman, declined to comment. A message seeking comment was left for Iacobelli's lawyer, David DuMouchel. There was no immediate comment from Fiat Chrysler or the UAW.

The government said the money came from the UAW-Chrysler National Training Center in Detroit, which was created to educate and retrain auto workers.

Holiefield began his career in 1973 as a Chrysler factory worker in Detroit. He became a UAW vice president in 2006 and was re-elected in 2010.

"My goal has always been to lift people out of poverty and to give them a better standard of living," Holiefield said in 2013.

Holiefield took a leave of absence in 2014 after he was charged with accidentally shooting his wife while cleaning a handgun at his home. He pleaded no contest to reckless use of a firearm.

Holiefield soon retired from the union. Less than a year later, in March 2015, he died of pancreatic cancer at age 61.