While there, he's expected to give an update on proposed tax reforms being hammered out in Washington. 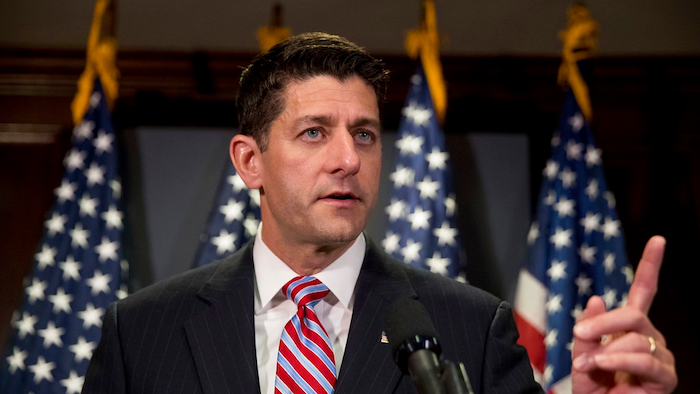 House Speaker Paul Ryan of Wis. speaks at a news conference at the Republican National Committee Headquarters on Capitol Hill in Washington, Tuesday, July 18, 2017. Ryan said he would like to see the Senate "move on something" after the collapse of GOP plan to repeal and replace the health care law.
AP Photo/Andrew Harnik

The Republican leader from Wisconsin is scheduled to tour a New Balance sneaker factory Thursday in Lawrence, a gritty city north of Boston near the New Hampshire border.

While there, he's expected to give an update on proposed tax reforms being hammered out in Washington by Republican leaders in Congress and President Donald Trump's administration.

Ryan also will participate in a roundtable discussion with local business leaders.

Republicans have made overhauling the nation's tax system a top priority. They're also looking to reset after this week's failed attempt to repeal and replace former President Barack Obama's health care law.

Boston-based New Balance employs more than 6,000 people. It operates five factories in New England and one in the United Kingdom.