GreenTech once planned to build 250,000 cars a year and invest $2 billion, but first sharply downsized its goals, and then failed to meet them. 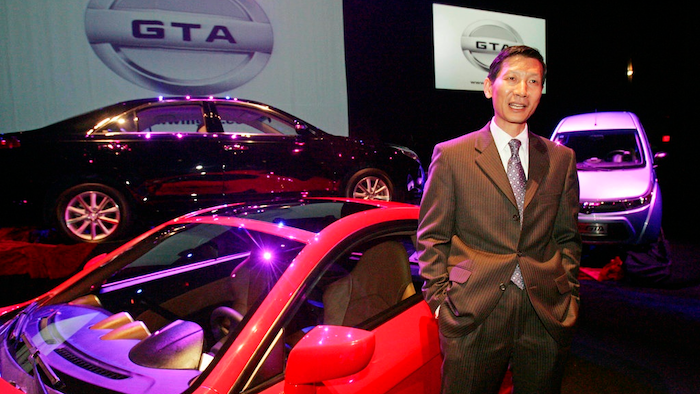 JACKSON, Miss. (AP) — Mississippi's state auditor on Wednesday demanded that a troubled electric car maker or its leader repay $4.9 million in state and local aid the company received, plus $1.5 million of interest.

Auditor Stacey Pickering issued the demand to GreenTech Automotive and its CEO, Charles Wang, saying the company has failed to live up to pledges to invest $60 million and create 350 jobs in Tunica County, just south of Memphis, Tennessee.

GreenTech once planned to build 250,000 cars a year and invest $2 billion, but first sharply downsized its goals, and then failed to meet them, authorities said. In a July 2011 agreement, GreenTech promised to invest $60 million and hire 350 full-time workers by the end of 2014, paying each at least $35,000 and maintaining those jobs for at least 10 years.

"I would venture that there isn't really much of an operation in Tunica at all," Pickering told The Associated Press in a phone interview. "This appears to have been a game of smoke and mirrors, and a corporate entity that never had any intention to deliver on the promises it made."

GreenTech missed the initial deadline for the first payment on its $3 million loan from Mississippi, but eventually paid the $150,000 in November , four months late. Mississippi Development Authority spokesman Jeff Rent was unable to say Wednesday afternoon whether the company made subsequent payments, due last Dec. 31 and June 30.

Besides the $3 million loan, Mississippi loaned Tunica County $1.9 million to buy the site and exempted the company from income, franchise and sales taxes.

Pickering said the demand letter could lead to a civil lawsuit by Mississippi against GreenTech and its officers to recover the money.

It's one in a series of investments made by former Gov. Haley Barbour's administration that have soured. Mississippi is still trying to get $77 million back from the failure of biofuel maker KiOR, and lost more than $8 million when solar equipment maker Twin Creeks failed.

Pickering said employees of his office were initially escorted off the property of the Robinsonville facility. He said his office went to court to subpoena documents to prove GreenTech hadn't met its commitments.

GreenTech had announced in October 2015 that it had begun production on a two-seat "neighborhood electric vehicle" but it's unclear how many of the cars were ever made. In January, Greentech told the state it was laying off 20 employees, but said it still had 50 workers.

The company, which sought to raise money from Chinese people who can obtain U.S. residency by investing $500,000 and creating 10 jobs, came under scrutiny after the inspector general of the U.S. Department of Homeland Security found an official violated ethics policies when he intervened in visa proceedings for GreenTech.

GreenTech also has faced an investigation by the U.S. Securities and Exchange Commission. The status of that probe is unclear.

Documents obtained by The Associated Press through a Freedom of Information Act Request show Homeland Security in 2016 denied other visa requests, saying the company had overstated its job creation.

Among former insiders is Virginia Gov. Terry McAuliffe. He resigned as the firm's chairman in December 2012 and said he divested his interest.