WASHINGTON (AP) — It was at Oregon's Timberline Lodge, later known as a setting in the horror movie "The Shining," where Patrick Doyle earned his first real paycheck.

He was a busboy. The job didn't pay much. But Doyle quickly learned lessons that served him for years as he rose to become the CEO of Domino's, the pizza delivery giant:

As summer 2017 begins, America's teenagers are far less likely to be acquiring the kinds of experiences Doyle found so useful. Once a teenage rite of passage, the summer job is vanishing.

Instead of baling hay, scooping ice cream or stocking supermarket shelves in July and August, today's teens are more likely to be enrolled in summer school, doing volunteer work to burnish their college credentials or just hanging out with friends.

For many, not working is a choice. For some others, it reflects a lack of opportunities where they live, often in lower-income urban areas: They sometimes find that older workers hold the low-skill jobs that once would have been available to them.

In July 1986, 57 percent of Americans ages 16 to 19 were employed. The proportion stayed over 50 percent until 2002 when it began dropping steadily. By last July, only 36 percent were working.

Economists and labor market observers worry that falling teen employment will deprive them of valuable work experience and of opportunities to encounter people of different ethnic, social and cultural backgrounds.

But the longer-term trend for teen employment is down and likely to stay that way for several reasons:

— Teenagers and their parents are increasingly aware of the value of a college education. A result is that more kids are spending summers volunteering or studying, to prepare for college and compete for slots at competitive schools.

In July 1986, just 12 percent of Americans ages 16 to 19 were taking summer classes. Thirty years later, the share had risen to 42 percent.

"Parental emphasis on the rewards of education has contributed to the decline in teen labor force participation," Teresa Morisi, a Labor Department economist, concluded in a February report on teen employment, which has been declining in the United States and other wealthy countries.

Miller, who starts college in the fall, thinks the course may give him an edge in his quest to become a doctor.

— Teens who do want to work can find that older workers are standing in the way. The summer jobs teens used to take — flipping burgers, unpacking produce at the grocery store, cashiering at the mall — are increasingly filled by older, often foreign-born, workers. In 2000-2001, teens accounted for 12 percent of retail workers, researchers at Drexel University found. Fifteen years later, it was just 7 percent. Over the same period, the teenage share of restaurant and hotel jobs fell from 21 percent to 16 percent.

Americans increasingly keep working even as they near traditional retirement age — sometimes taking entry-level jobs to provide income as they transition to full-time retirement. Foreign-born workers have also increased their share of jobs in hotels and restaurants that require little education.

Many employers view older workers as more reliable — more likely to show up on time, or at all, and to better know how to handle customers, co-workers and suppliers.

—Many school districts have lengthened their academic years to try to boost student achievement, in the process shrinking summer vacation and the chance for teens to find work even if they want to. School years now often don't end well into June and resume before Labor Day.

The picture varies, of course, across demographic and racial lines. In poor urban neighborhoods, teens who want work struggle to find it. The summer jobs they used to get — scarce in the best of times — now often go to adults.

In wealthier areas, teens are more likely to be attending summer school, doing volunteer work, traveling with their families or pursuing sports or other extracurriculars.

In Loudoun County, Virginia, an affluent suburb of Washington, many businesses say they struggle to find teens willing and able to work summers.

"They're busy," says Tyler Wegmeyer, who raises fruits and vegetables and runs a pick-your-own farm in the Loudoun town of Hamilton. "They've got activities. They've got camps. Their families go on vacation. It's very rare I can get a kid to work all summer long."

A few years ago, Marty Potts' family, which has farmed in Loudoun County for decades, had to abandon its dairy operation, which requires many laborers, to focus on beef farming, which requires fewer. Even so, she says, "It's been two years since we've been able to get anybody."

Not until now has Collin Shipp, 18, who just graduated from Loudoun's Woodgrove High School, ever looked for a summer job. A high school athlete, he spent previous summers trying to shave his time in the 400-meter dash and improving his distance in the triple jump.

Paul Harrington, Neeta Fogg and Ishwar Khatiwada of Drexel's Center for Labor Markets and Policy studied average teen employment rates from June through August. They found that the percentage of employed 16-to-19-year-olds fell from 45 percent in 1986 to 30 percent last year. (Their numbers are lower than the July-only figures because teens are less likely to work in June and August.)

They forecast that teens' June-August employment rate will reach 30.5 percent this year, surpassing 30 percent for the first time since the recession year of 2009 and evidence of an overall improved job market.

But it's still a lot lower than it used to be. Drexel's Harrington laments the decline of summer employment for teens. In addition to providing on-the-job experience, summer work has proved especially valuable for poor urban youths. Harrington cites research showing that city teens who participate in summer jobs programs achieve higher school attendance and academic performance and are less likely to commit crimes.

Lyons spent the summer of 1998 working part time on an Ontario garlic farm, picking, sorting and packing the pungent plants.

"It was hard, dirty and strong-smelling work," she recalls. In business, she discovered, "you have to be able to wear many hats and be willing to get your hands dirty. You can't be too good for any role."

Lyons carried those lessons — and experience from other youthful jobs as a nanny, a hotel housekeeper and a blueberry picker — into a career as an entrepreneur and eventually to her current post as a chief executive.

"Every job along the way taught me different lessons that I carry with me today," she says. 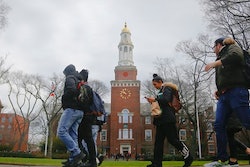 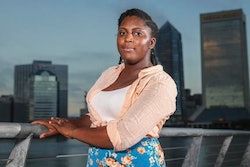 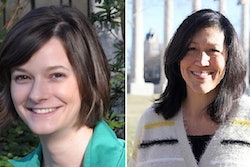 Gender a Factor for Dropouts