The refrigerator maker will not add jobs, but did commit to retaining its existing workforce of 1,200.

Local media outlet The Independent Mail is reporting that Electrolux has reached an agreement with a South Carolina county council, and has agreed to expand its plant south of Anderson, SC.

Last week, Electrolux announced a $200 million expansion of its existing plant, which would add 800,000 square feet. The company said it would not add jobs, but that the expansion would allow for opportunities to expand production.

Under the agreement, Electrolux will benefit from a generous incentive deal. According to the Independent Mail, the company would be “eligible for a 55 percent reduction, for 15 years, in the annual fee that it pays to the county in lieu of property taxes. The reduction would then decrease to 45 percent for the following five years.”

To qualify for the "infrastructure credit" that would cut its county fees, said the report, the company is required to spend $175 million and $228 million on the project and also must maintain a 1,200-employee workforce with an average wage of $16 per hour.

City council members suggested they had concerns that Electrolux would move the jobs to Mexico without the deal. 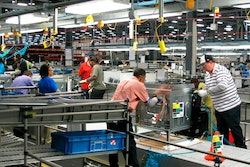 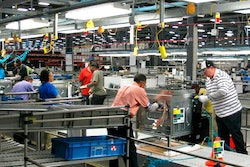 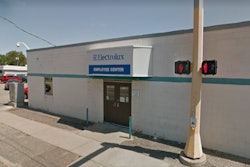