The employees will review videos of crime and suicide.

NEW YORK (AP) — Facebook plans to hire another 3,000 people to review videos and other posts after getting criticized for not responding quickly enough to murders shown live on its service.

The hires over the next year will be on top of the 4,500 people Facebook already has to identify crime and other questionable content for removal. CEO Mark Zuckerberg wrote Wednesday that the company is "working to make these videos easier to report so we can take the right action sooner — whether that's responding quickly when someone needs help or taking a post down."

Videos and posts that glorify violence are against Facebook's rules, but Facebook has been criticized for being slow in responding to such content, including live videos of a murder in Cleveland and a killing of a baby in Thailand. The Thailand video was up for 24 hours before it was removed.

In most cases, content is reviewed and possibly removed only if users complain. News reports and posts that condemn violence are allowed. This makes for a tricky balancing act for the company. Facebook does not want to act as a censor, as videos of violence, such as those documenting police brutality or the horrors of war, can serve an important purpose.

Policing live video streams is especially difficult, as viewers don't know what will happen. This rawness is part of their appeal.

While the negative videos make headlines, they are just a tiny fraction of what users post every day. The good? Families documenting a toddler's first steps for faraway relatives, journalists documenting news events, musicians performing for their fans and people raising money for charities.

"We don't want to get rid of the positive aspects and benefits of live streaming," said Benjamin Burroughs, professor of emerging media at the University of Nevada in Las Vegas.

With a quarter of the world's population on it, Facebook can serve as a mirror for humanity, amplifying both the good and the bad — the local fundraiser for a needy family and the murder-suicide in a faraway corner of the planet. But lately, it has gotten outsized attention for its role in the latter, whether that means allowing the spread of false news and government propaganda or videos of horrific crimes.

Videos livestreaming murder or depicting kidnapping and torture have made international headlines even when the crimes themselves wouldn't have, simply because they were on Facebook, visible to people who wouldn't have seen them otherwise.

As the company introduces even more new features, it will continue to have to grapple with the reality that they will not always be used for positive, or even mundane things. From his interviews and Facebook posts, it appears that Zuckerberg is aware of this, even if he is not always as quick to respond as some would hope.

"It's heartbreaking, and I've been reflecting on how we can do better for our community," Zuckerberg wrote on Wednesday about the recent videos.

It's a learning curve for Facebook. In November, for example, Zuckerberg called the idea that false news on Facebook influenced the U.S. election "crazy." A month later, the company introduced a slew of initiatives aimed at combating false news and supporting journalism. And just last week, it acknowledged that governments or others are using its social network to influence political sentiment in ways that could affect national elections.

Zuckerberg said Facebook workers review "millions of reports" every week. In addition to removing videos of crime or getting help for someone who might hurt themselves, he said the reviewers will "also help us get better at removing things we don't allow on Facebook like hate speech and child exploitation."

Wednesday's announcement is a clear sign that Facebook continues to need human reviewers to monitor content, even as it tries to outsource some of the work to software due in part to its sheer size and the volume of stuff people post.

It's not all up to Facebook, though. Burroughs said users themselves need to decide how close they want to be to violence — do they want to look at the videos that are posted, and even circulate them, for example. And news organizations should themselves decide whether each Facebook live-streamed murder is a story.

"We have to be careful that it doesn't become a kind of voyeurism," he said. 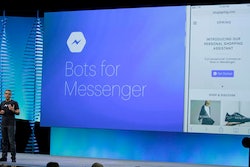 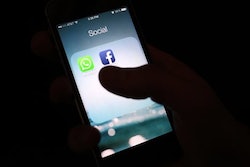