The campaign is organizing a $20 million fund for a major program to consider all costs of production in the USA.

Return One Million Jobs (ROMJ) was created to raise $20 million to bring one million manufacturing jobs to the U.S. from offshore. The project will utilize global data analytics to help companies compare the total cost of supplying the U.S. market via manufacturing offshore vs. domestically.

Over the last few decades, as many as four million good paying manufacturing jobs have been lost to foreign nations to reduce costs. In the last few years, costs of production in China and other nations have been increasing, encouraging even many Chinese companies to begin producing in the USA. The Reshoring Initiative, the nation’s leading organization working to return manufacturing jobs to the USA, estimates that as many as one million jobs can be returned based on objective cost analysis. This is the goal of ROMJ and the Reshoring Initiative.

Carl Carstensen, who recently retired after 37 years with IBM global consulting services with a focus on the industrial sector, is leading ROMJ.  “I’ve seen so much offshoring in my career,” said Carstensen. “Although lower labor rates encouraged tens of thousands of manufacturers to relocate production, total cost comparisons today may encourage as many as 25 percent to return jobs to the US.”

Harry Moser, founder of the Reshoring Initiative said, “The Reshoring Initiative is pleased to cooperate on this important project. Funding by ROMJ will allow the Initiative to support ROMJ’s efforts and dramatically increase our own promotion of reshoring and support of companies considering reshoring. The combination of ROMJ’s resources and our tools will make One Million Jobs feasible.”

The Return One Million Jobs campaign is organizing a $20 million fund for a major data analytics program to consider all costs of production in the USA from all 100,000 companies with offshored production and sourcing. See www.returnomj.com. The project will seek to compare the total cost of offshored production with costs in the USA for all offshored manufacturing. Carstensen added, “It’s quite possible to find synergy with thousands of companies bringing back jobs to America. Data analytics may find additional cost reductions as well as an increase in return-incentives.”

ROMJ’s first job is to inspire all 100,000 US manufacturers with offshore production to participate in the free data analytics project. Carstensen added, “If they use the TCO tools from the Reshoring Initiative and advanced data analytics, if they do the math, many manufacturers should want to return jobs to the USA, to increase profits.” For more information, contact ROMJ at jobs@returnomj.com and the Reshoring Initiative at harry.moser@reshorenow.org.

About the Reshoring Initiative

About Return One Million Jobs, LLC

ROMJ was recently incorporated with one mission; to return one million good paying manufacturing jobs to the USA. Although the process will be time consuming, capital intensive and complicated, our plan is based on a few simple concepts. The cost of manufacturing in China and other foreign nations has been increasing, while costs for production in the USA have been decreasing. ROMJ’s President, Carl Carstensen, retired in January after 37 years in leadership positions at IBM’s Global Business Services, one of the leading business consulting firms. Carl’s experience in data analytics, business development, staffing, finance and industrial operations will allow ROMJ to plan, build the team and manage the deployment of this Herculean task. 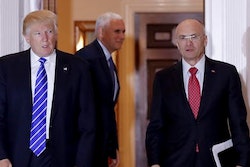 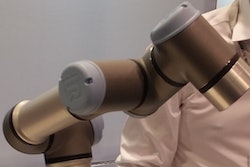