Ivanka Trump, who has been a vocal advocate for policies benefiting working women, was involved in recruiting participants and setting the agenda for the meeting.

Catherine Lucey
In this Feb. 1, 2017, file photo, President Donald Trump, accompanied by his daughter Ivanka, waves as they walk to board Marine One on the South Lawn of the White House in Washington. According to officials, Ivanka Trump, who has been a vocal advocate for policies benefiting working women, was involved in recruiting participants for a round table discussion that will be held Monday, Feb. 13, about women in the workforce. President Donald Trump and Canadian Prime Minister Justin Trudeau will participate in the round table.
AP Photo/Evan Vucci, File

WASHINGTON (AP) — President Donald Trump and Canadian Prime Minister Justin Trudeau will participate in a roundtable discussion about women in the workforce Monday, showing the rising policy influence of the first daughter who has stressed her commitment to issues like child care.

A White House official said the two countries would launch a new task force called the United States Canada Council for the Advancement of Women Business Leaders-Female Entrepreneurs. The official said Trudeau's office reached out to discuss working on a joint effort, noting that this was seen as an area of shared interest between both leaders.

Ivanka Trump, who has been a vocal advocate for policies benefiting working women, was involved in recruiting participants and setting the agenda for the meeting and will attend, the official said. Ivanka Trump stressed the importance of maternity leave and child care on the campaign trail, and has recently been meeting with business leaders to discuss those issues.

The White House official said that Trump's economic agenda will include a "focus on ensuring women enter and stay in the work force and addressing barriers facing female entrepreneurs." The official requested anonymity to provide details in advance of the meeting.

Advancing women has been a clear priority for Trudeau. In late 2015, he drew attention for naming a Cabinet that was 50 percent women, saying that he chose a group that "looks like Canada." Trump did not promise to appoint a gender-balanced Cabinet and has named a smaller number of women and minorities to top jobs.

"Our team reached out and suggested as it is an important part of the prime minister's agenda and of our economic growth plan," a Canadian official said. "It seemed like a natural fit given their commitments in their platform as well." The official requested anonymity to discuss the meeting in advance.

Trump has offered a childcare plan and has signaled an interest in working on those issues.

The business round table will be part of an itinerary that includes a bilateral meeting and a working lunch. The visit is crucial for Canada, which relies heavily on the United States for trade. Trump has said he wants to discuss his plan to overhaul the North American Free Trade Agreement, which involves the United States, Canada and Mexico. There are fears Canada could unintentionally be sideswiped as Trump negotiates with Mexico.

Additionally, the meeting will include Katie Telford, Trudeau's chief of staff, Canadian Foreign Minister Chrystia Freeland and Dina Powell, assistant to the president and senior counselor for economic initiatives. Powell, Telford and Freeland were involved in setting up the council and recruiting the CEOS.

Topics at the event will likely include issues like providing maternity leave and childcare, how to recruit and retain women and how to better support women entrepreneurs.

Ivanka Trump does not have an official White House role. But her husband, Jared Kushner, is a senior adviser to the president and she stepped away from her executive positions at the Trump Organization and her lifestyle brand to move her family to Washington. She has been at several public White House events so far and has been privately sitting down with CEOs and thought leaders as she weighs how to pursue her policy interest. 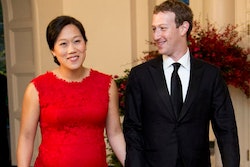 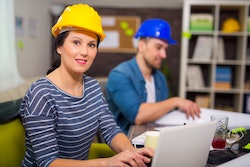 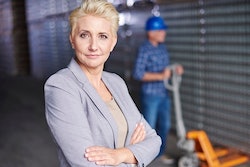