Despite significant progress, the study indicates that women are still thought to lack the qualities needed to be successful scientists. 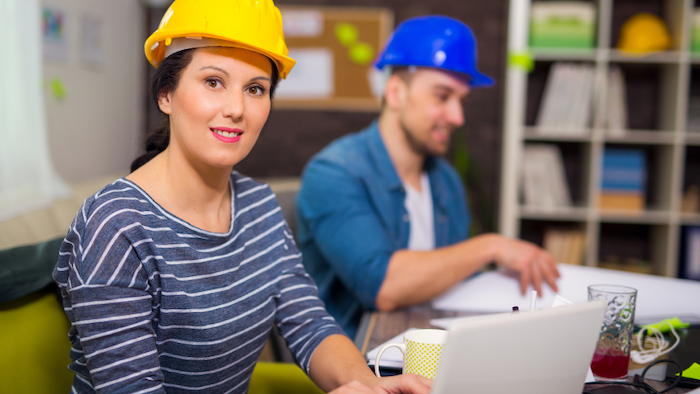 As the science community reels from ongoing revelations of sexual harassment and discrimination, a new study in Psychology of Women Quarterly, by Wellesley College researcher Linda Carli, offers important clues as to how women scientists are perceived and how stereotypes might lead to prejudicial treatment. The paper, entitled Stereotypes About Gender and Science: Women & Science, shows that despite significant progress made, women are still thought to lack the qualities needed to be successful scientists, and the findings suggest this may contribute to discrimination and prejudice against women in those fields.

Carli is a senior lecturer in psychology at Wellesley and considered an authority on gender discrimination and the challenges faced by professional women. The article is currently online and forthcoming in print.

Carli's research specifically compared how men, women and scientists (as categories of people) are perceived by both genders. "Common cultural stereotypes about women, men, and scientists lead people to see women as incompatible with science," said Carli. "Men are especially prone to this bias, but everyone shares it. This may result in prejudice (a dislike of female scientists compared with men) and discrimination against them."

The study also used students at an all-women's college (Wellesley, where Carli teaches) to gauge the effect this environment might have on stereotypes. Approaching the research in this way led Carli to uncover a surprising and telling contrast between women in this setting and women and men at co-educational institutions. Only the women from her study who attended a single-sex college saw a meaningful similarity between women and scientists.

Says Carli, "Women at co-ed institutions saw very little similarity and men saw none at all. It may be that women attending women's colleges have greater exposure to female scientists, and this may shift their stereotypes about successful scientists to be more like women." She adds, "Research on leadership suggests that media exposure to female leaders, such as Madeleine Albright, Angela Merkel, and Janet Yellen, increases peoples' perception that women can be good leaders. But people have little exposure to prominent female scientists. Going to a women's college may correct that problem."

A closer look at Carli's research shows that scientists are perceived as more "agentic" (e.g. risk-taking and competitive), and that these characteristics have the greatest overlap with how men are also perceived. Women are thought to be more "communal," associated with qualities like helpfulness and kindness. She writes in the paper, "[T]he overall image of successful scientists appears to be one of exaggerated masculinity, but with fewer of the more negative qualities associated with masculinity."

Her research was comprised of two different studies. In the first, participants were given a set of descriptive terms and asked to use them to describe the characteristics of a randomly assigned group ('adult man', or 'adult woman', or 'successful scientist') and to place each term on a five-point scale, with one [1] representing "not characteristic." The aim was to examine the overlap of stereotypes about women and men and to see if the gender of the participant had an effect on how they viewed these groups.

The second study looked at particular fields in science (e.g. biology) and examined if the number of women actually working in that discipline had an effect on how women were perceived. Like the first study, these participants were asked to describe the characteristics of a randomly assigned group; instead of 'successful scientist', the category was, for example, 'successful biologist'.

She also found that the greater number of women working in a particular field, the greater a perceived similarity between women and scientists existed. However, the number of men in a particular field does not change perceived similarities. She wrote, "[G]iven that people discriminate against women even in gender-neutral fields..., it may be that women have to predominate in a field before people perceive them as having the same role congruity [similarity between their gender and their field's perceived characteristics] as men."

Carli argues the implications of her study are clear. As she wrote in the paper, "These data suggest that the challenges women face as potential scientists may go beyond the perception that science is a poor match with women's communal goals or that more scientists are men [and] not women.

"We must be more aware of these potential biases and attempt to compensate for them in evaluating women and girls in STEM," she argues.