VW to Spend $1B Settling Claims Over Remaining 80K Diesels

It includes money for the company to buy back or fix the vehicles and $225 million for an environmental fund to offset their excess pollution. 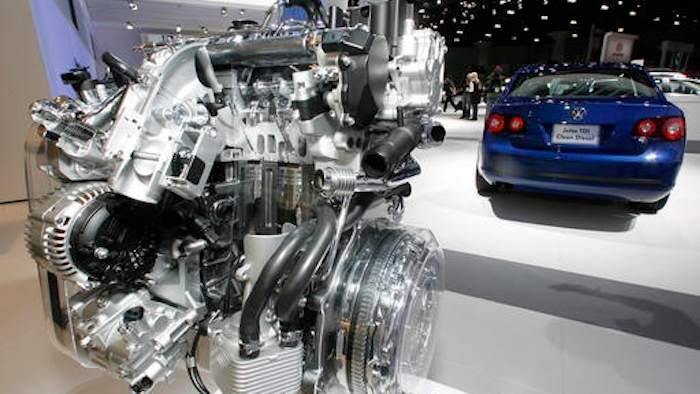 In this Nov. 20, 2008, file photo a Volkswagen Jetta TDI diesel engine is displayed at the Los Angeles Auto Show. Volkswagen has just reached a deal with U.S. regulators and attorneys for car owners on the remaining 80,000 diesel vehicles that cheated on emissions tests.
AP Photo/Damian Dovarganes, File

Cynthia Giles of the U.S. Environmental Protection Agency disclosed the figure Tuesday in a conference call with reporters. It includes money for the company to buy back or fix the vehicles and $225 million for an environmental fund to offset their excess pollution.

The German automaker previously reached a nearly $15 billion deal for 475,000 2-liter diesel cars that also were programmed to cheat on emissions tests. It was the largest auto-scandal settlement in U.S. history.