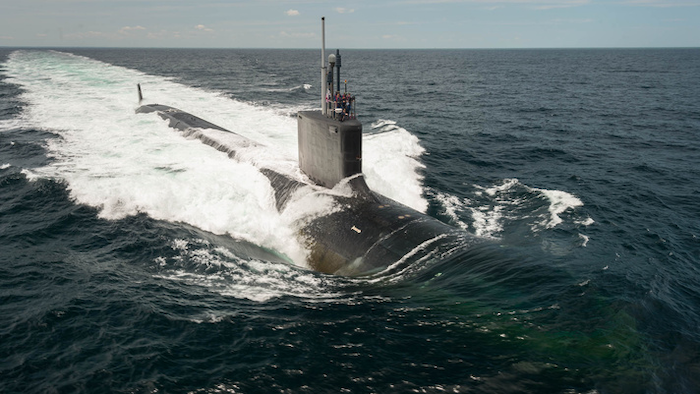 The VPM is an additional mid-body section being integrated into the U.S. Navy’s Virginia-class submarines.
BAE Systems

The VPM is an additional mid-body section being integrated into the U.S. Navy’s Virginia-class submarines, beginning with the second boat of Block V. It contains four large-diameter payload tubes, each capable of storing and launching up to seven Tomahawk cruise missiles.

Accessible while at sea, the VPM also offers an unprecedented amount of flexibility in the potential integration of future payloads

“The new Virginia Payload Module will bring an additional 28 missiles to each Virginia-class submarine, tripling their payload strike capacity,” said Joe Senftle, vice president and general manager of Weapon Systems at BAE Systems. “Increasing the firepower of the Virginia class is a cost-effective way for the Navy to maintain its strike capability after its four SSGN guided missile submarines retire.”

BAE Systems has a long history of supporting the U.S. undersea fleet as the leading provider of propulsors and other submarine systems. Earlier this year the company announced it was selected to provide propulsors, spare hardware, and tailcones for Block IV Virginia-class submarines.

Work on the initial award will be performed at BAE Systems’ facility in Louisville, Kentucky. Contracts for the launch tube production are expected in early 2017, with deliveries through 2019.