DARPA TALONS carry intelligence, surveillance, reconnaissance and communications payloads as high as 1,500 feet into the sky. Also, PictoBot paints your walls faster than two people, and new reasons not to burn garbage.

A decent paint job can be dangerous, especially in industrial buildings, where ceilings need to be high to fit massive industrial equipment, a new coat of paint takes at least two guys in a scissor lift, and a lot of time.

But now, we have PictoBot, a new robot designed by Nanyang Tech in Singapore that could soon be spray-painting industrial interiors faster and more safely than any team of two.

The robot still needs a human supervisor, who could manage multiple robots at a time while he/she also tops off their paint tanks. The PictoBot scans the environment using an optical camera and laser scanner to calculate the trajectory of the nozzle and paint. And it has advanced sensors that allow it to operate in the dark, so it could put in a 24-hour day.

Toxic Roadside Fires Are Bad for You; Who Knew?

We produce almost 2 billion tons of garbage each year, and nearly half of it is burned. Now, this is preferably done at the dump far away from heavily populated areas, but some cities don't have the infrastructure in place to even collect waste, especially in India.

One researcher described it by saying that 'as you walk down the street in India, there are just piles of trash growing larger and larger until somebody decides to take a match to it."

Sounds unhealthy, and hey it turns out that it is.

A new study from Duke University's Pratt School of Engineering says that these roadside fires expose nearby humans to 1,000 times the amount of toxins. The team took samples of smoke particles emanating from burning roadside trash piles in India and it created this toxic swatch that would make Hexxus proud.

Now, for those of us who have ever accidentally thrown a tire in the fire, it's not really news that such smoke is harmful, but it does shed some light on just how bad things can be. According to one of the study’s authors, just one minute of this stuff and you have an entire day’s worth of hazardous particulate matter.

Hopefully, the findings will lead to further work on systems and recommendations that could help such roadside fires be less toxic, and perhaps even to recoup some energy from their burning.

DARPA’s anti-submarine autonomous vessel is currently undergoing open-water testing off the coast of California. Recently, it set sail with its first payload, a prototype of a low-cost, elevated sensor mast developed through the agency’s TALONS research effort.

Both programs are pretty interesting. ACTUV, which stands for Anti-Submarine Warfare Continuous Trail Unmanned Vessel, could be the beginning of a new class of vessel that can sail the open seas for months at a time, without a single crew member aboard.

TALONS, or Towed Airborne Lift of Naval Systems, are kind of like having a mast that’s as tall as a skyscraper. TALONS carry intelligence, surveillance, reconnaissance, and communications payloads of up to 150 pounds as high as 1,500 feet into the sky to extend the equipment’s range and effectiveness.

During the test, the TALONS prototype opened its parachute and took off from its nest on the back of the vessel. It reached an altitude of 1,000 feet, where it tested its onboard sensors and communications equipment for 90 minutes.

Needless to say, the test went well. The surface-track radar extended its range by 500 percent compared to when its mounted to the vessel. The electro-optical/infrared scanner doubled its range, and a commercial handheld omnidirectional radio more than tripled its range. And it was only at 2/3 of its total height, I can’t wait to see what happens when they get that thing another 500 feet higher. 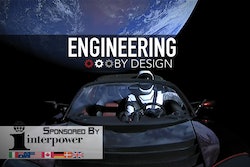 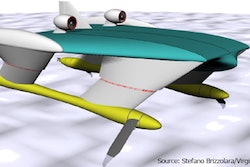