The suit argued that National Grid's deal to purchase power from the wind farm violated federal law and would result in a significant increase to electric bills. 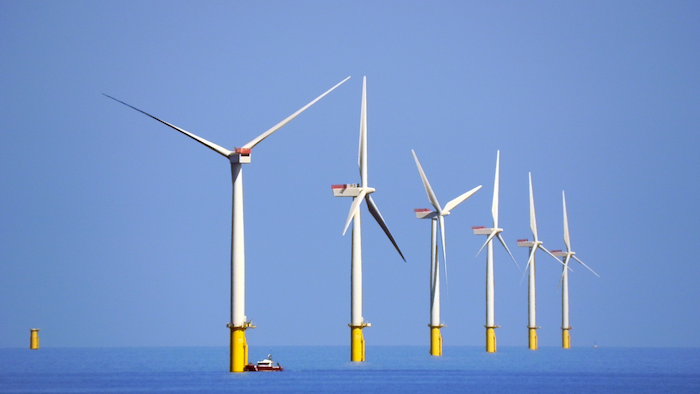 The lawsuit was filed in 2015 by plaintiffs including the Rhode Island Manufacturers Association and others. They argued that utility National Grid's deal to purchase power from the wind farm violated federal law and would result in a significant increase to their electric bills.

U.S. District Judge William Smith this month found the lawsuit was filed after the statute of limitations had expired and dismissed it.

The Rhode Island Manufacturers Association sued National Grid, Deepwater Wind and members of the Rhode Island Public Utilities Commission over the 20-year power purchase agreement, which the commission approved in 2010. Then-Gov. Don Carcieri, a Republican, had pushed it, arguing that while the price of the wind power was higher than existing electricity rates, he believed the gap would eventually disappear over the life of the contract.

Rhode Island Supreme Court upheld the agreement in 2011 after a different lawsuit, also over costs.

Bill McCourt, president and CEO of the manufacturers' trade group, said on Monday that his group is not opposed to alternative energy sources, but Rhode Island already has some of the highest electricity rates in the country.

"They've got to be affordable," he said. "It's not competitive."

Deepwater Wind CEO Jeffrey Grybowski said in a statement that company officials were pleased by the dismissal of what he called a frivolous lawsuit. He said it did not affect construction on the project, which is expected to be complete in the coming months.

A spokesman for National Grid said it looks forward to "bringing the nation's first offshore wind-generated power to the mainland."

McCourt said they are still deciding whether to appeal.