There are concerns whether Elon Musk is milking Tesla's higher market value and better brand recognition to bail out SolarCity, as there are few obvious synergies in the deal. 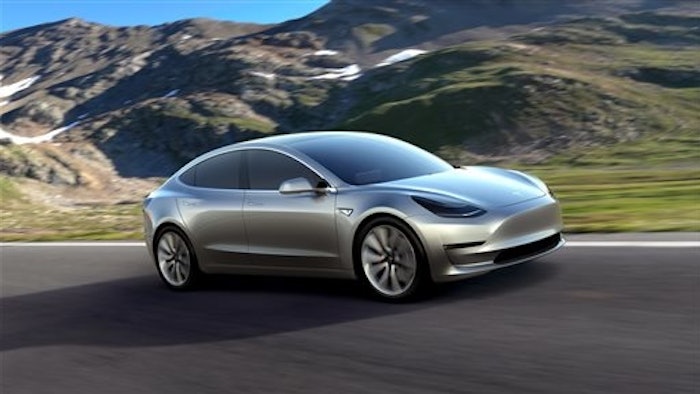 SAN FRANCISCO (AP) — It's a proposal that would unite two companies on shaky financial ground as they plow into relatively new markets. One makes electric cars, the other installs solar panels. There are few obvious synergies.

Perhaps even more puzzling are the motives of Elon Musk, a polarizing billionaire who is the chairman and largest shareholder of both companies.

The overlap created a glaring conflict of interest that's fueling concerns about whether Musk is milking Tesla's higher market value and better brand recognition to bail out SolarCity — a company run by his cousin, Lyndon Rive.

The second-guessing probably wouldn't be as widespread if not for the murky logic underlying the deal and Musk's history of drawing upon Tesla and another of his companies, rocket ship maker Space X, to bolster SolarCity.

Musk, 44, insists he is just showing good business sense, describing Tesla's bid of up to $2.5 billion as a "no brainer" shortly after it was announced earlier this week.

The offer "raises a number of questions around governance that may test the bond of trust," Morgan Stanley analyst Adam Jonas wrote in a research note. One of Tesla's most ardent supporters, Jonas downgraded Tesla and lowered his target price on the shares by 26 percent to $245.

The backlash still may not be enough to deter the outspoken Musk, who has cultivated the image of a maverick since he made his initial fortune as co-founder of online payment service, PayPal, which eBay bought for $1.5 billion in 2002.

Musk is hailed as a visionary by admirers who applaud him for shaking up the auto industry with Tesla's sleek, electric vehicles and drawing up plans to send people to Mars on Space X's rockets. His detractors ridicule him as an unpredictable control freak, an image that Tesla's bid for SolarCity may reinforce.

So far, no one has paid a bigger price for Tesla's baffling bid than Musk. The value of his combined holdings in the two companies fell by nearly $1 billion in three days to pare his fortune to $11.4 billion, based on Forbes' latest estimates. Musk owns a 26 percent stake in Tesla and a 22.5 percent stake in SolarCity.

The bid has focused more attention on the shaky financial position of both companies as they rapidly burn through cash. Tesla has lost $1.2 billion in the past two years alone while SolarCity has suffered losses exceeding $1.1 billion during the same span. Analysts surveyed by FactSet are predicted Tesla will post a $416 million loss this year while SolarCity will lose $851 million.

And now both companies may have trouble raising additional money from wary investors, if they need it.

The SolarCity bid isn't the first time that Musk has interwoven his companies' interests.

Musk has secured $486 million in personal loans to buy either stock or bonds issued by Tesla and SolarCity, according to recent filings with the Securities and Exchange Commission. Musk secured the loans with 9.4 million shares of Tesla stock currently worth $1.85 billion and 4 million shares of SolarCity stock worth nearly $9 million.

If Tesla's stock craters, Musk could be forced to put up more shares as collateral or sell some to repay the lenders, according to the company. If that were to happen, Tesla's stock would fall even further at the expense of Musk having helped support SolarCity.

In addition, Space X has bought $255 million of SolarCity's bonds since the end of 2014, including $90 million of a $105 million offering in March, according to SEC documents.

Tesla had hoped to quickly resolve the conflict-of-interest questions triggered by the SolarCity offer. The Palo Alto, California, company pledged to leave the fate of the deal up to a majority vote of "disinterested" shareholders at both Tesla and SolarCity, meaning Musk wouldn't have a say.

Musk's argument for combining Tesla and SolarCity primarily revolves around a battery system that stores solar energy in homes and businesses trying to minimize their dependence on the power grids run by utilities.

Tesla introduced the battery, called "Powerwall," 14 months ago, providing the first inkling that it planned to be more than just an auto maker. Musk believes both Tesla and SolarCity will be better off if their products are united under one roof and a common brand. SolarCity already is selling the power-storing batteries as part of an agreement that Tesla expects to generate $44 million in revenue this year, according to SEC documents.

If the deal goes through, SolarCity will adopt Tesla's name and sell its solar panels alongside power-storing batteries under Musk's plan. He reasons many of the people who want to drive electric vehicles will have an inherent interest in setting up cleaner energy systems in their homes and offices. Although he said he didn't know for certain, Musk estimated about only about one-fourth of Tesla owners currently have solar energy panels.