"In the interests of the athlete we have dismissed our case," Nike said in a statement. Berian may now negotiate with any footwear company. 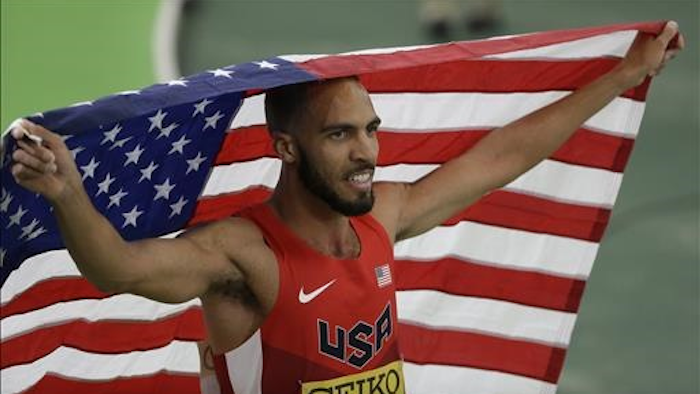 Nike is dropping its lawsuit against Boris Berian over what brand of gear he wears, freeing the middle-distance runner to concentrate on the Olympic Trials. Berian is emerging as one of the feel-good stories with the Rio de Janeiro Olympics on the horizon.
AP Photo/Rick Bowmer, File

PORTLAND, Ore. (AP) — Nike dropped its lawsuit against Boris Berian over what brand of gear he wears, freeing the middle-distance runner to concentrate on the Olympic Trials next week.

Berian is emerging as one of the feel-good stories with the Rio de Janeiro Olympics on the horizon. He's an 800-meter runner who flipped burgers at a McDonald's in Colorado Springs, Colorado, to make ends meet while he trained.

At a meet last month in Southern California, Berian was sued by Nike Inc., which accused him of breach of contract. His endorsement deal with Nike went through Dec. 31, 2015, but gave the company the right to match any other offers. Nike felt it matched an offer presented by New Balance Athletics Inc., which Berian preferred.

A judge was scheduled to issue a ruling on the eve of the Olympic Trials before Nike announced Thursday that it was dropping its suit.

"Nike legitimately exercised its right to match the New Balance offer and believe we would prove this at trial. It is important that agreements endorsers, endorsees and agents sign together are appropriately upheld," Nike said in a statement. "As a running company, we also recognize that this is a significant time for Boris and in light of the judge's decision to delay the ruling until June 28th, the eve of the Olympic Trials, we decided to eliminate this distraction for Boris.

"Therefore, in the interests of the athlete we have dismissed our case. We wish Boris the best of luck and success in the future."

Berian may now negotiate with any footwear company.

On his Twitter account, he posted: "I've had so much support from my family friends and all of my fans the past couple months and I can't thank you enough!"