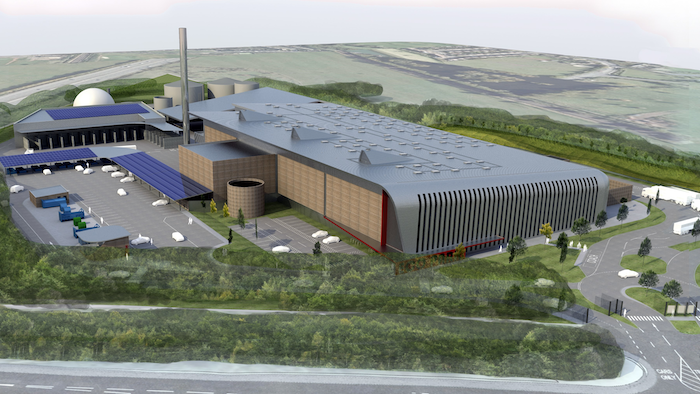 The two low-NOx gas engines are being provided by Clarke Energy, GE’s authorized distributor of Jenbacher gas engines. The company made the announcement at the IFAT trade fair taking place May 30-June 3, 2016, in Munich.

Supported by a waste infrastructure grant from the U.K. government, it will be located adjacent to an existing community recycling center, about 5 miles (8 kilometers) from London Heathrow Airport.

With GE’s Monsal anaerobic digestion system, the new facility will convert the food waste into biogas that can generate renewable electricity and heat. The biogas produced will be used to fuel two of GE’s Jenbacher J416 biogas engines, which are configured to generate up to 50 percent of the common limit for NOx and will provide a total of 2.4 megawatts (MW) of electrical power. After powering itself, the Eco Park will supply energy to the national grid.

The Eco Park is being built on behalf of Surrey County Council and will supply baseload renewable power to the local distribution network while at the same time providing an alternative to landfill in the form of anaerobic digestion. In addition to the anaerobic digestion and CHP plant, the Eco Park also includes a 55,000-tonnes-per-year gasification facility with pre-treatment, a recyclables bulking facility and a new visitors’ center.

The gasification system will be installed separately and will process municipal waste into a partially renewable combustible gas (known as syngas) for additional power production.

For the new project, GE’s scope of work will include the core Monsal process technology, training and plant commissioning.

Clarke Energy will provide the two Jenbacher gas engines, which will be built in GE’s facility in Jenbach, Austria, and containerized at the company’s Veresegyház, Hungary, site.