The landfill gas power facilities will convert organic waste into biogas that can generate renewable electricity and heat.

As Turkey looks to implement new energy targets under its economic development strategy, its focus is on increasing renewable energy sources and digitalization.

“The organic part of our new landfill gas-powered facilities contains vegetables, fruit and garden waste and comprises more than 50 percent of the household waste of the cities of Antalya, Esksehir and Alanya. In total, the three facilities will process 1,387,000 tonnes of municipal solid waste annually from the surrounding households,” said Erdoğan Göğen, general manager, ITC.

The three new landfill gas power facilities will convert organic waste into biogas that can generate renewable electricity and heat. The biogas produced will be used to fuel four of GE’s Jenbacher J420 biogas engines at Eskisehir, nine at Antalya and three at the Alanya landfill sites, which are configured to generate up to 50 percent of the common limit for Nitrous Oxide and will provide 22 megawatts (MW) of electrical power to the national grid. This represents enough power for 30,000 households in the three cities.

In addition to the Jenbacher biogas engines, GE will also provide its myPlant APM solution for gas engines. Powered by Predix, myPlant APM is a digital solution that improves engine uptime and efficiency and life cycle costs. GE’s myPlant APM allows ITC to remotely access, optimize and troubleshoot the generator sets as well as use predictive analytics to avoid reliability or performance impacting events. The project also includes a multiyear services agreement for parts (up to 59,999 operating hours), and GE’s long-term channel partner, Topkapi Endustri, is providing installation services.

The equipment will be built at GE’s Distributed Power facility in Jenbach, Austria, and it is expected to enter service during the second half of 2017. 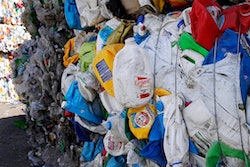 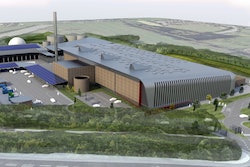