The plant will create up to 1,000 jobs over the next decade and could make the area a nanotechnology hub. 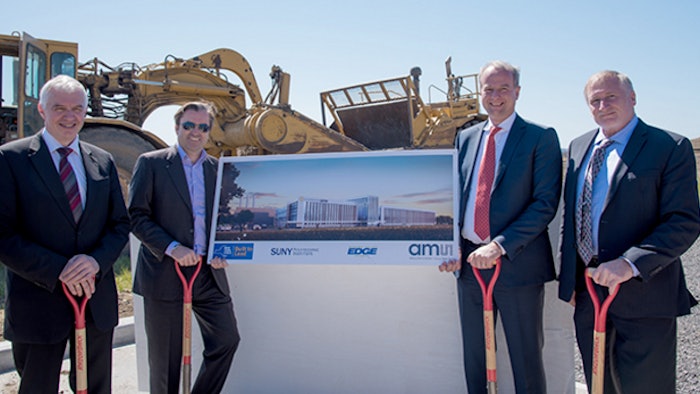 Approximately 250 people gathered at the construction site to see Lt. Governor Hochul and ams CEO Alexander Everke break ground for the foundation of what will be, on completion in 2018, one of the world’s largest analog wafer fabs.
ams

The facility will house ams AG, an electronics company that plans to build advanced sensors at the site near Marcy.

Gov. Andrew Cuomo's office estimates that the plant will create up to 1,000 jobs in the region over the next decade. Cuomo says it's a key part of a broader initiative to make Utica a nanotechnology hub. The state is spending more than $500 million to support the effort and build the plant.

The plan represents a $2 billion investment by ams AG, an Austrian manufacturer of semiconductors.