The lawyer for the 12 families pursuing the litigation said they are seeking a range of damages but the ultimate goal of the lawsuit is "to find out the cause of the accident and those who are responsible."

Gerry Shih
Relatives of passengers who were on board the Malaysia Airlines Flight 370 that went missing on March 8, 2014, cry outside a transportation court after filing a lawsuit in Beijing, China, Monday, March 7, 2016. Twelve Chinese families with relatives aboard Malaysia Airlines Flight 370 have filed a lawsuit in a Beijing court, one day before the deadline for pursuing litigation against the carrier.
AP Photo/Ng Han Guan

BEIJING (AP) — Twelve Chinese families with relatives aboard missing Malaysia Airlines Flight 370 filed a lawsuit in a Beijing court on Monday, one day before the deadline for pursuing litigation against the carrier.

The families of 32 other passengers, mostly Chinese, filed a separate lawsuit in Malaysia, their lawyer said Monday.

The plane disappeared on March 8, 2014, with 239 people — including 153 Chinese citizens — on board while traveling from Kuala Lumpur to Beijing. Under international agreements, families have a two-year window to sue following an air accident.

Speaking outside a transportation court in Beijing, the lawyer for the 12 families, Zhang Qihuai, said they are seeking a range of damages but the ultimate goal of the lawsuit is "to find out the cause of the accident and those who are responsible."

Several relatives said they hope to use the case to obtain more information from the airline, which they said has not been forthcoming.

"If we lose this opportunity, it might become even more difficult" to obtain answers, said Zou Jingsheng, a professor whose 27-year old son, Ling Annan, was studying in Malaysia and was on the flight. "We will find out the truth through legal means, and we'll look into the responsibilities that Malaysia Airlines failed to fulfill."

The lawsuit also named Boeing and jet engine manufacturer Rolls-Royce among the defendants. The court will decide if and where to hear the case. Malaysia Airlines did not immediately respond to an email requesting comment about the case.

In Kuala Lumpur, Malaysia, lawyer Ganesan Nethi said he filed a joint lawsuit on behalf of the families of 32 passengers last Thursday. He said most were Chinese, along with an American and a few Indians.

Ganesan said he was appointed by Podhurst Orseck, a Miami law firm specializing in aviation litigation, on behalf of the families. The lawsuit named the airline, the Malaysian government and its air force and civil aviation department, he said.

After two years, the fate of the Boeing 777 remains one of the biggest mysteries in modern aviation. The Australian-led search effort is to continue until June, having already spent more than $130 million looking through a vast area of the Indian Ocean nearly 4 miles (6.5 kilometers) deep.

Investigators believe the plane flew far off course and ran out of fuel in the middle of the southern Indian Ocean. One confirmed piece of wreckage has been recovered, a part of a wing that washed up on an Indian Ocean island last year, and two other possible pieces have been found in the past week.

Victims' kin in China, Malaysia and Britain have urged authorities to continue to search until the plane is found.

Zou's wife, Ling Xiaonan, teared up as she spoke about the case.

"In the two years since the accident, they repeatedly come up with certain news, such as the plane has crashed, then they go on and deny these reports," she said. "We, the families, can't stand this." 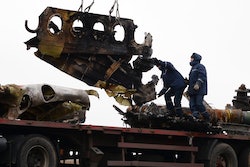 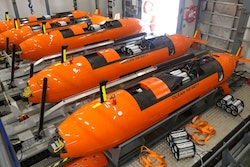 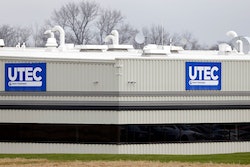