They say a United Tech purchase of Rockwell Collins could increase the costs of planes. 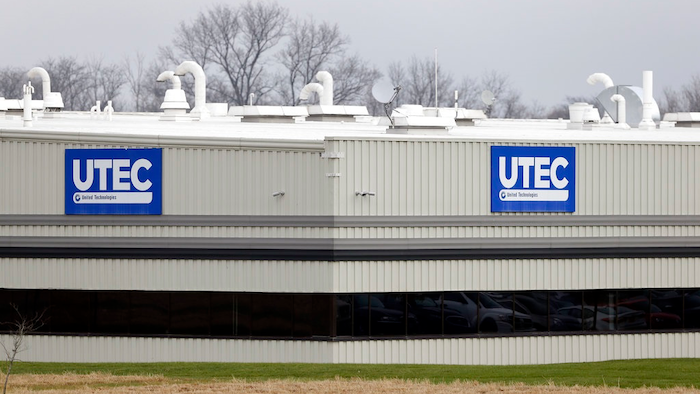 The comments from the two companies came a day after United Tech announced plans to buy Rockwell Collins for about $22.75 billion. The deal would create an aerospace giant that makes plane seats, landing systems and flight control decks for commercial and military planes.

United Tech said that after the deal is completed, which it expects to happen within a year, it would combine its aerospace unit with Rockwell Collins and rename it Collins Aerospace Systems. That unit is expected to bring in more than $23 billion in sales a year.

Chicago-based Boeing Co., however, said it will take a "hard look" at the proposed acquisition but is skeptical that it would be in the best interest of its customers and industry.

"Should we determine that this deal is inconsistent with those interests, we would intend to exercise our contractual rights and pursue the appropriate regulatory options to protect our interests," Boeing said.

Airbus said it is focused on delivering planes and that it hoped the deal would not "distract" United Tech.

United Tech declined to comment. But earlier in the day, its CEO, Gregory Hayes, said the deal would "be good for the industry" and that it would allow it to reduce costs.

Besides its aerospace business, Farmington, Connecticut-based United Tech also makes Otis elevators and Carrier air conditioners. But Hayes said that the company is open to selling some of its business units.

"There's always pieces of the pie that might not fit as well as others, so we'll look at that," he said.

United Tech said Monday that it will pay $140 per share in cash and stock for Cedar Rapids, Iowa-based Rockwell Collins. Including debt, the companies said the acquisition is worth $30 billion.

United Tech said it expects $500 million in pretax savings related to the deal, and it reaffirmed its 2017 profit estimates.

The acquisition needs to be approved by regulators and shareholders of Rockwell Collins.