These new lines of material-only lifts are compliant with ASME B20.1 and offer higher travel, faster speeds, and a greater range of platform sizes. 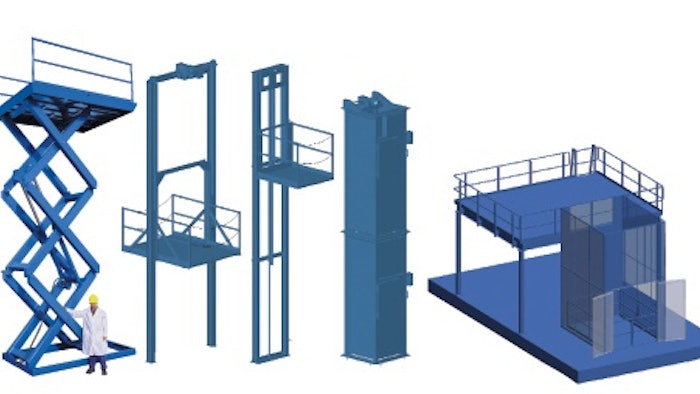 Advance Lifts (St. Charles, IL) has announced its expanded line of mezzanine access lifts. These lifts are used to move goods to mezzanines or second floors and include a line of package lifts and four lines of VRCs (vertical reciprocating conveyors). These new lines of material-only lifts are compliant with ASME B20.1 and offer higher travel, faster speeds, and a greater range of platform sizes. Along with these new lifts, Advance will continue to offer their rider and non-rider scissors lifts which are compliant with MH29.1:2012. Scissors lifts do not require the elevator installers some states require for VRC installation and have a less stringent inspection process.