The Trouble with Modulating Compressors

While still numerous, modulating compressors pose problems — especially in the areas of controls and efficiency. 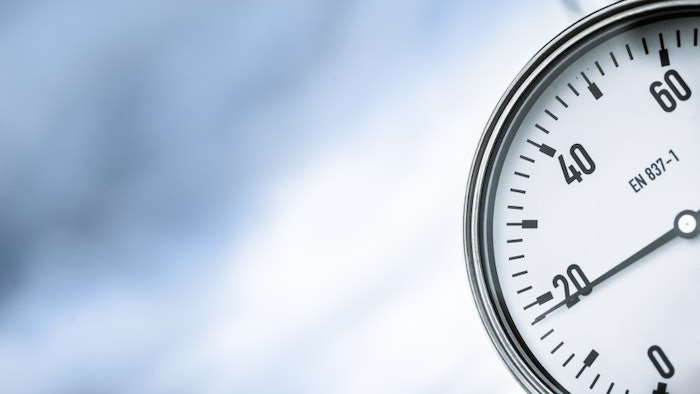 Many plants are still running modulating compressors. For many decades, they were the go-to design choice for compressed air systems. Now they’ve mainly been relegated to warming the bench, mostly due to the rise of variable frequency drive (VFD) compressors. While still numerous, they pose problems — especially in the areas of controls and efficiency. If you have multiple modulation control units in your plant, you just might have the makings of an energy savings jackpot.

Modulation control definitely had its benefits:

• Theoretically more stable pressure (but only at compressor discharge)

But, this type of control can bring up the following concerns:

Pressure: Unless the system pressure is controlled from a point downstream and the system has proper storage, neither modulation nor VFD guarantees stable pressure.

Control and power consumption: A single modulation machine running in the ~85 – 100% load range is fine. But, when multiple units are running together or if demand drops, they are more likely to run outside their efficient application range. And they will modulate in an uncoordinated manner.

Internal operating temperature: This is a valid concern, but most new compressors have better thermal controls and are not susceptible to such temperature fluctuations. And of course, VFD’s have inherently good temperature stability also. If the system is properly applied, there would be base load compressors running fully loaded or off, addressing the thermal cycling of these units, with one compressor such as a VFD operating as a trim.

A large manufacturer had four 75 hp units that had been running reliably for 20 years. But all were modulation units with no master controller. The compressors ramped up and down individually, racking up energy bills and causing unnecessary wear and tear on the units. Collectively, their specific power was 62.00 kW/100 cfm. This is obscenely bad energy performance. Current models with modern controls typically have specific power ratings of 18.00 - 20.00 kW/100 cfm. However, without a proper master controller even these compressors may not be able to meet such a specific power. In this case, as in most others, the problem was not so much the age of the compressors or that modulation was used, but that they were all loading without coordination.

When they replaced them with online/offline dual control units, added storage, and a master controller, system specific performance improved to 17.00 kW/100 cfm and pressure was more stable downstream. The energy payback on replacing the four unit system was just over one year.

So if you have more than one modulation compressor, do yourself a favor and get a compressed air energy audit done. You might save yourself a bundle and improve your system efficiency while you’re at it.