A new line of low-base-speed permanent magnet AC motors from ABB is the heart of a system known as the DriveIT Direct Drive Solution. This consists of a DriveIT permanent magnet synchronous AC motor, controlled by a DriveIT low-voltage AC drive, based on the ACS 600 or ACS 800 AC drive and connected directly to a motor/load, without gearboxes or pulse encoders.

"This is another quantum leap in the elimination of mechanical equipment -- gearboxes -- that often makes motor/load control bulky and difficult," said Jan-Anders Bergman, vice president and general manager of Electrical Machines, for ABB Inc, Automation Technologies. "With the complement of this motor to ABB Direct Torque Control drive technology, end users now gain even more precise load control and are able to operate the motor without an encoder."

The permanent magnets in the new ABB motor simplify traditional synchronous motor construction by creating a constant flux in the air gap that eliminates the need for the rotor windings and brushes normally used for excitation in synchronous motors. "The result is a motor that combines the high-quality performance of the synchronous motor with the robust design of the asynchronous induction motor," Bergman noted. "And the motor is energized directly on the stator by the variable speed drive."

The new synchronous motor also can deliver more power from a smaller unit. To power the inline drives of a paper machine directly at 220-600 rpm with a conventional asynchronous motor would require a motor frame substantially larger than that of an 1800-rpm motor. The new permanent magnet motor type has, in most cases, the same size or is even smaller than an existing induction motor.

Permanent magnets in the ABB motors are made from neodymium iron boron (NdFeB) -- the newest magnetic material on the market. NdFeB is the most powerful magnetic material at room temperature available, with high values of flux density at very high values of magnetization. It is also extremely resistant to demagnetization. And NdFeB is less costly and less brittle than samarium cobalt, another rare earth material used widely in the 1980s.

The motors have been thoroughly tested in several applications prior to production. Following these successful pilot projects, the first Direct Drive system was installed in August 2002 at a paper company in Finland; the motors are used on a line that manufactures packaging materials for medical and cosmetics products.

Standard induction motors, normally designed to run at base speeds between 850-3500 rpm, are not particularly well suited for low-speed operation, as their efficiency drops with the reduction in speed. They also may be unable to deliver sufficient smooth torque at low speeds. Use of a gearbox is the traditional mechanical solution for this challenge. However, the gearbox is a complicated piece of machinery that takes up space, reduces efficiency, and needs both maintenance and significant quantities of oil.

Eliminating the gearbox via these new permanent magnet motors/drive configurations saves space and installation costs, energy and maintenance, and provides more flexibility in production line and facility design. The AC motor also delivers high torque at low speed -- a benefit traditionally associated with DC motors -- and, in doing so, also eliminates the necessity of a DC motor with associated brush replacement and maintenance.

The actual motor design is a radial-flux construction, air- or water-cooled, with a permanent magnet rotor. Powers range from 22-670 HP (17-500 kW) and include base speeds from 220-600 RPM; motor voltages range from 380-690 Vac. The line is available in standard IEC-frame sizes from 280-400. All of the usual options and modification available for the traditional cast iron induction motor frames are also available for the DriveIT Direct Drive Solution motors. Standard modifications include fan cooled (TEFC), separate cooled (TEAO), and water cooled (TEWC) units.

Because there are virtually no rotor slip losses, as in an asynchronous induction AC motor, the rotor of the permanent magnet motor stays cool, making higher power density possible. Water-cooling the motor stator can increase power density even more. The use of permanent magnet rotors in standard AC motor frames can double the torque produced.

The permanent magnet AC motor is designed for variable-speed operation only and must be controlled by an AC drive specifically developed for permanent magnet flux control. ABB's exclusive Direct Torque Control algorithm has been enhanced to achieve this. Compact AC drive cabinets in various enclosure protection classes ease installation of the system in a wide variety of production environments.

The DriveIT Direct Drive Solution was born out of a unique technology developed for a marine propulsion application. ABB's patented Azipod System utilized a large permanent magnet synchronous AC motor and a large ABB AC drive with custom DTC software, to create "an outboard motor for cruise ships," according to ABB. The Azipod System increased propulsion efficiency and maneuverability. With the system, ships are capable of turning 180 degrees within their own length!

The DriveIT Direct Drive Solution is being used in and targeted for a host of industries, including pulp and paper, marine propulsion (Azipod), ski lifts, elevators, wind-turbine generators, mine conveyors, rotary kilns (cement and iron ore production), and paper, film and foil converting machines.

The main difference between a synchronous motor and an asynchronous induction motor is that the rotor of the former is magnetized and turns at the same speed as the rotating magnetic field.

The synchronous speed of a motor is that speed which it would theoretically achieve if speed were only a function of the network frequency and the number of poles in the motor. Ideally, the rotor should exactly follow the rotating magnetic field in the stator. In an induction AC motor, however, the load causes the rotor to slip in relation to the magnetic field and friction in the motor will add to this slippage. The slip can be in the range of 1-3%.

Some frequency converters feature slip compensation to reduce this. The speed drop can then be reduced to about 10% of the nominal slip. If very high-speed control accuracy is required, an AC drive with encoder speed feedback is utilized.

The synchronous motor has electromagnets or permanent magnets built into its rotor. These lock the rotor into a certain position when in proximity with another magnetic field. The speed of a synchronous motor can therefore be controlled with a high degree of accuracy over a large speed range by supplying it via a frequency converter, without the use of a speed feedback device. 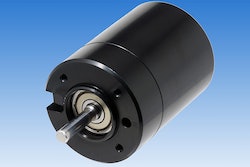 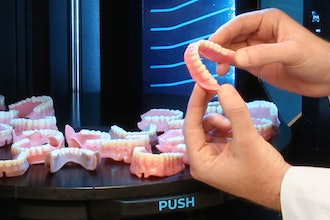 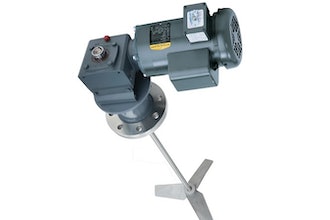 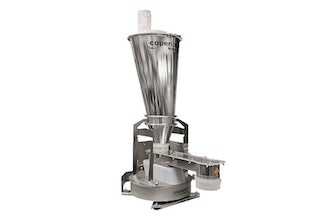 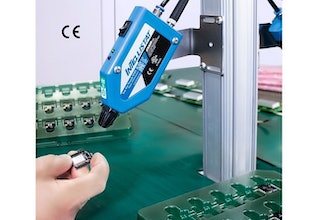 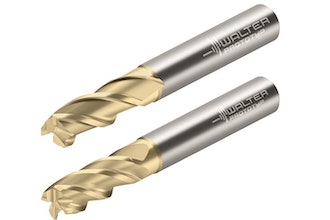 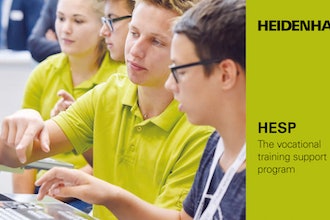 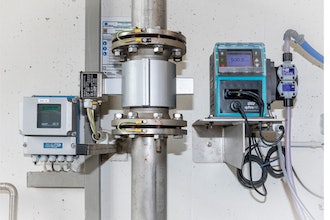 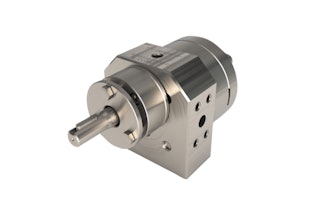 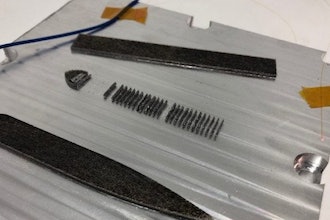 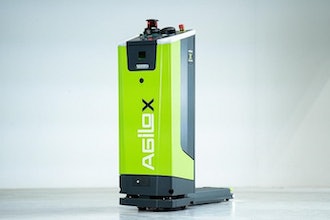 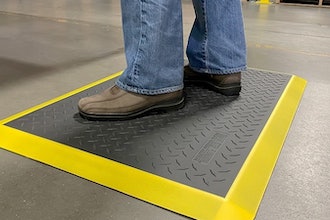 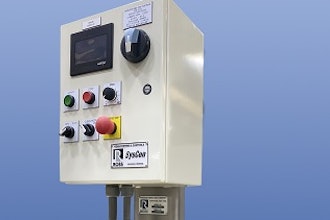 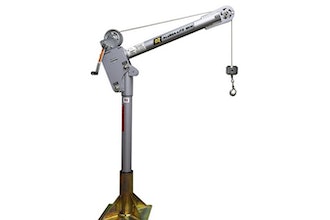 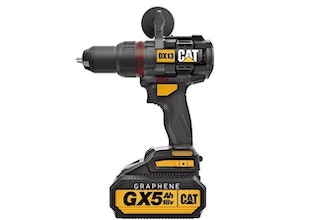