A study says Black-owned businesses have been almost twice as likely to fail as businesses overall. 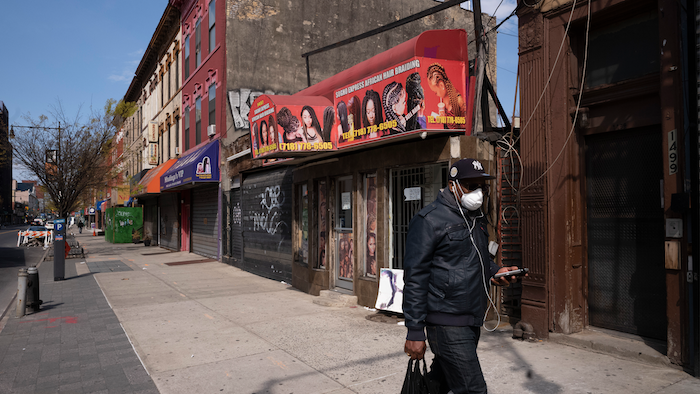 WASHINGTON (AP) — Black-owned businesses have been almost twice as likely to fail as businesses overall during the current pandemic, according to a study released Tuesday by the Federal Reserve Bank of New York

The study determined that a major reason for this was that Black-owned businesses are heavily concentrated in cities that have been hardest hit by the virus and they entered the pandemic with weaker financial conditions.

The study found a “disturbing relationship" between areas that have been hard-hit by COVID-19 and the economic health of Black-owned businesses, said Clair Kramer Mills, assistant vice president of the New York Fed.

The Black-owned businesses “had weaker financial conditions, weaker bank relationships and preexisting funding gaps prior to the pandemic,”she noted.

The New York Fed study found that 40% of the revenue from Black-owned businesses is concentrated in just 30 counties, roughly 1% of all the counties in the United States. And among these counties, about two-thirds are those that had the highest level of COVID-19 cases.

The report found that between April and June, nearly $521 billion in loans in the Paycheck Protection Program to support businesses had been distributed but that the support did not reach some of the hardest hit areas.

“Businesses in the hardest hit communities have witnessed huge disparities in access to federal relief funds and a higher rate of business closures,” Mills said.

The New York Fed report said that in the 30 counties where Black-owned businesses were seen as particularly susceptible to closures, about 15% to 20% of the businesses received PPP loans.

The report said while those rates were not too different from the national business estimate of 17.7% of businesses receiving PPP loans, there was a much wider discrepancy in some areas.

Only 7% of businesses in the Bronx got PPP loans and just 11.3% of those in Queens, N.Y., and 11.6% in Wayne County, which includes Detroit, the report said.