VW hopes to fix the vehicles' emissions systems and resell the cars, but they may be forced to recycle them if the repairs aren't approved. 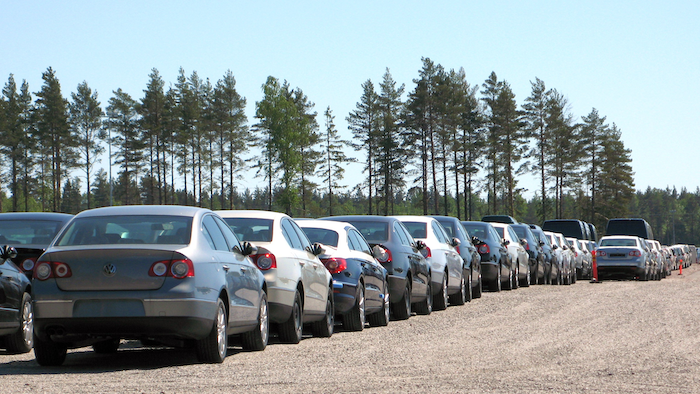 BRAINERD, Minn. (AP) — The fate of thousands of recalled Volkswagens that are being stored in central Minnesota is undetermined.

The vehicles are being stored in Brainerd as part of a massive recall launched by Volkswagen to settle allegations that it violated the U.S. Clean Air Act, Minnesota Public Radio reported.

The company admitted to installing computer software on vehicles which allowed them to emit more air pollution than legally allowed but still pass federal emissions tests.

Volkswagen hopes to fix the vehicles' emissions systems and resell the cars. But the U.S. Environmental Protection Agency first has to approve the fix, the Minnesota Pollution Control Agency said. The cars may be recycled if the repairs aren't approved.

Julie Kletscher lives near the former paper mill where the vehicles are being stored.

"I can only hope that they resolve or figure out what they're going to do with these cars sooner than later," Kletscher said. "Because I can't imagine what that's going to look like in 10 years if it sits there that long. We'll have ourselves an old junk shop across the road."

Other area residents are concerned recycling will be noisy and create a lot of dust.

The area was probably chosen as a collection point because of its central location, said CJ Vandeputte, an internet sales manager at the Volkswagen dealer in Brainerd. He estimates that there are about 5,000 cars being stored there from as far as the Twin Cities and Fargo.

Fixes have been approved for the 2015 model year vehicles, so some are being taken away to be sold, Vandeputte said.

"As the modification becomes available for more vehicles, we'll just continue to buy them, continue to fix them and continue to put them back on the market," he said.