ATLANTA — In advance of major new brand initiatives planned for 2020, Edible Brands CEO Tariq Farid today announced an organizational restructuring that consolidates the various retail, eCommerce, technology and supply chain operations under a single umbrella in order to take full advantage of all subsidiaries. Included are a number of leadership appointments as the world's largest franchisor of all-natural fruit snacks, dipped treats and fresh fruit arrangements prepares for the next phase of its evolution.

In making the announcement, Farid said that Edible is preparing to significantly ramp up its physical retail operations, creating a whole new Edible Arrangements and treats experience. This focus will include traditional Edible Arrangements® stores as well as the newly-branded Gifts & Treats Edible® stores that will feature an exciting new range of snacks and treats, including its Incredible Edibles hemp CBD line of products being introduced this year.

Also planned for 2020 is the introduction of the first Incredible Edibles® store, which will be focused on extending the benefits of natural health and wellness to help its customers live better and treat themselves well by leveraging the ancient benefits of super foods. The inaugural product is a proprietary, full spectrum hemp-based, non-psychoactive CBD powder which is being introduced into Edible stores. In addition, Farid said the company will have a renewed focus on increasing its presence online.

As part of the restructuring, Farid announced that he will be re-assuming the role of CEO of all his companies and Cheikh Mboup has been named Chief Operating Officer. Mboup returns to Edible®, where he previously served as Vice President of Operations, Real Estate and Construction. In his new role as COO, Mboup will be responsible for helping lead strategic initiatives for Edible® Brands.

Other leadership appointments include:

"The opportunities for our current franchisees and the new franchisees that are coming into the system have never been greater," Farid said. "Over the next year we will be completing the evolution of the Edible® brand that has been in process over the past few years and is designed to help us capture the largest market share of gifts and treats business in company history. We will be introducing new programs that will significantly drive new business both at the physical retail level and through eCommerce." 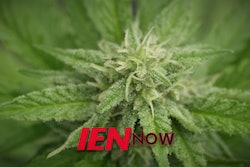 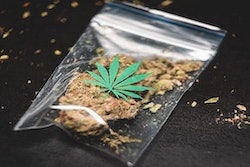 The Hype Around CBD Edibles 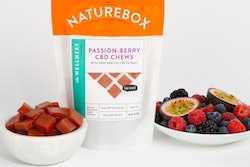 CBD Snacks Sell Out in a Week