Seed companies are already anticipating higher temperatures and offering corn, soybean and other crop hybrids to farmers that are better able to withstand heat stress. 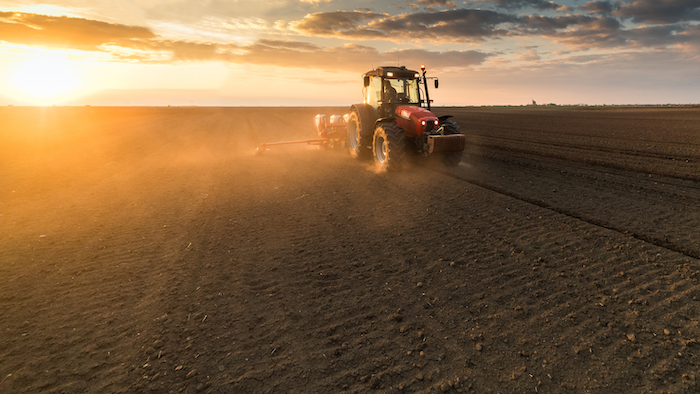 Some top agriculture states could see nearly two months worth of days where temperatures and humidity combine to create dangerous conditions for outdoor workers, according to a new report by the Union of Concerned Scientists. The report, entitled 'Killer Heat in the United States,' looked at 18 different climate models to project what heat indexes could be by midcentury and late century.

Researchers looked at future impacts across several scenarios — including if people took no action now to reduce heat-trapping emissions as well as taking slow or rapid actions. The report shows that, with no action, nearly a third of America's urban areas will face an average of 30 days of heat index above 105 degrees.

This heat is predicted to impact more than 90 million people — 100 times more people than see those conditions today. Rachel Licker, senior climate scientist at the Union of Concerned Scientists, said they chose to look at heat index because, unlike other volatile weather patterns like hurricanes, wildfires or tornadoes, extreme heat will impact everyone.

She said that extreme heat presents unique challenges for rural Americans as well. "Extreme heat exacerbates a lot of preexisting health conditions," she said. "Rural residents also often times have disproportionately low access to healthcare facilities, because of the distance to get them to the hospital."

One in five rural hospitals are at risk of closing, according to healthcare consulting firm Navigant. More than 100 have closed since 2010, according to the Rural Health Research Program and the University of North Carolina. Between 1999 and 2010, the Centers for Disease Control estimate extreme heat was the cause of 7,415 deaths, making it the leading cause of weather-related death.

While southern states experience higher temperatures, heat-related death is actually more prevalent in northern parts of the country. Greater swings in temperature and higher humidity mean temperatures as low as 80 degrees could lead to heat-related illness. The projections are especially troubling for the agriculture industry, which is so dependent on the weather.

Nearly 20 percent of heat-related deaths reported to the Occupational Safety and Health Administration are in agriculture, fishing, forestry and hunting sectors. Especially at risk are migrant farmworkers, who spend much of the day in direct sunlight, without regular breaks or access to air conditioning.

Access to consistent medical care and health insurance is also a challenge for these workers, as they only spend a few weeks in each location. Heat-related deaths and illness for farmworkers may actually be higher, as undocumented workers are less likely to report symptoms, according to a 2014 study published in the International Journal of Environmental Research and Public Health.

Andrew Knepp, head of environmental strategy and industry activation at Bayer Crop Science, said his organization has been thinking about how rising temperatures will impact agricultural workers for years. "We employ a lot of seasonal work," he said. "They have to do this work out in the fields, and that's weather independent."

He said that because of the risks, Bayer offers onsite medical care and monitoring to prevent heat-related illness. But for smaller farm operations, providing that level of medical care for employees would be cost-prohibitive.

In 2015, more than half of farmers got their insurance through either their spouses employer or other off-farm work, according to a survey from USDA's Economic Research Service. Knepp said that, while corn is naturally a tropical plant, the potential for extended high temperatures could cause real problems for farmers in the future.

"It is naturally tolerant to high heat, but as it gets too extreme, we know that has tremendous yield impacts, in terms of the amount of stress it puts on the corn plant. It increases demand for water. All these things conspire to cause problems in a corn crop." he said.

Knepp said Bayer and other seed companies are already anticipating higher temperatures and offering corn, soybean and other crop hybrids to farmers that are better able to withstand heat stress. "As we see growing regions shift, we have to be able to develop products that farmers can plant," said Knepp. "We have to anticipate what's going to happen 10 years from now."

New seed hybrids may allow farmers to grow a successful crop, but it'll come at a cost. New hybrids come with premium price tags. Spending on seed purchases has already increased by 78.6% from 2007 to 2017, according to the USDA Census of Agriculture.

Some farmers don't want to wait for technology innovations that will adapt to a future impacted by climate change. They are implementing innovations on their farms to prevent it. Brian Corkill, a farmer in Henry County, Illinois, said he wants his farm to be a part of the climate change solution. "Technology is important," He said. "But we still have to put in place those practices on the ground to help mitigate problems in the future."

Corkill plants cover crops on all 1,300 acres of his farm, as well as other conservation practices that keep carbon in the soil and reduce runoff and excess fertilizer and chemical use. "We spend a lot of time trying to do things to benefit the soil and the environment in general," he said. "Lots of waterways, buffer strips, cover crops, a couple acres of pollinator plots for bees and butterflies and things like that."

Licker said the business implications of extreme heat could be felt across the food system."It's so insidious that it's likely to affect so many economic sectors, including agriculture," she said. "These are bottom lines that are going to be hit." She points to livestock producers, who will need to invest more into buildings and spend more to keep animals cool. "A lot of days with high heat index values and large heat stress conditions will have adverse consequences for dairy cattle," said Licker.

The fields themselves may be contributing to the problem. Corn and soybeans "sweat" during July and August, adding humidity to the air and exacerbating extreme heat events across the Midwest, not just where the crops are planted. And that's if there's moisture in the soil for the plants to absorb. The increase in extreme heat could lead to a scarcity in water.

Farmers irrigated 58 million acres, a little more than 14.5 percent of total cropland, in 2017, according to the USDA. "There are a lot of irrigated crops out there and as we see increased heat, there may be an increased desire to setup irrigation," said Knepp. "We're going to have to be a whole lot more efficient with how we utilize and manage water."

The Union of Concerned Scientists report offered a few prescriptions for staving off the drastic heat predicted to hit within the next two decades. The report recommends the U.S. adopt low-carbon fuel sources for both vehicles and energy generation, implement policies that incentivize renewable resource use and help developing nations transition away from heavy carbon consumption, in order to slow the affects of climate change.

Licker pointed out that midcentury estimates are not that far away. "We're not just talking about a couple generations away. We're talking about changes now," she said. "There's a lot we can do now to ensure we are heading in the right direction." 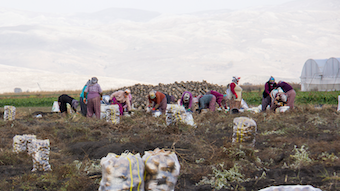 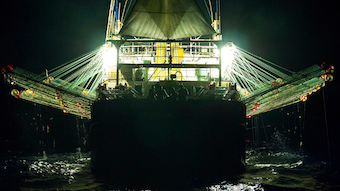 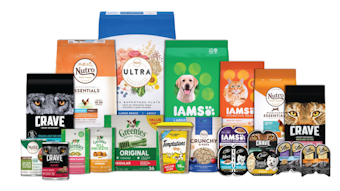