The gunman reportedly fired a single shot that entered a woman's restroom at the processing plant. 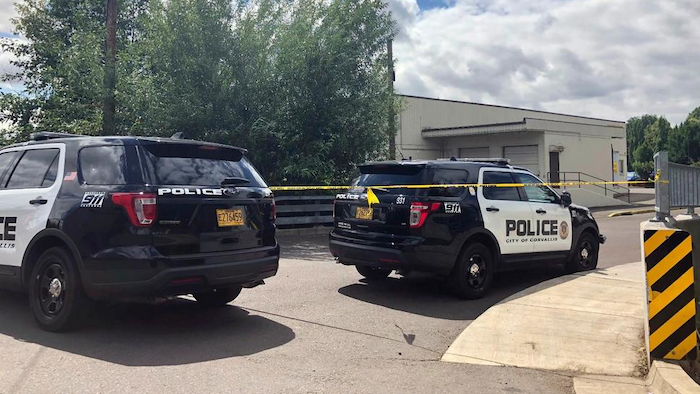 CORVALLIS, Ore. (AP) — A man fired a handgun Thursday morning at a corndog manufacturing plant in Corvallis before surrendering to police.

Police said they arrested 22-year-old Adrian Nickerson on suspicion of firing a single shot in a woman's restroom within a Foster Farms processing plant. Corvallis Police Capt. Nick Hurley told reporters that Nickerson was a temporary employee at the plant and that there were no injuries.

It wasn't immediately known if Nickerson had a lawyer who could speak on his behalf. Nearby businesses were placed on lockdown for nearly four hours and authorities advised people to avoid the area.

"At this point, we have not determined a full motive for the situation but there's nothing that leads us to believe that he had a grievance toward anyone at Foster Farms," Hurley said.

He said before the shooting the suspect was in a traffic crash nearby and fled the scene while exchanging information with the driver.

Employees quickly fled the building following the incident although Hurley says some workers couldn't hear the shooting over the sounds of the processing plant. The suspect exited the facility and surrendered just as an Oregon State Police SWAT team was assembling, Hurley said. A criminal investigation is still unfolding and a weapon has yet to be recovered.

"The safety of our employees is our highest priority and Foster Farms will provide counseling and support services to its Corvallis employees," said Ira Brill, director of communications at Foster Farms. "We are thankful this incident was concluded without harm to our employees or the greater community."